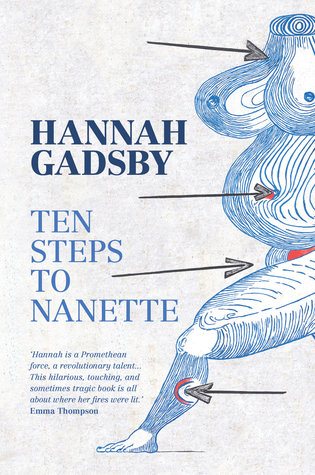 One of the biggest lightning rod pieces of art over the 10 years just happen to be a comedy special, one from Hannah Gadsby called Nanette.

It should stand to reason that you’d want to know how that came to be.

Thus, you should mark down Mar. 29th, 2022 when Hannah Gadsby’s memoir Ten Steps to Nanette that chronicles her very first days in stand-up comedy all the way to when Hannah’s name was uttered by millions and millions of people. There’s also, of course, Gadsby journey growing up the very not queer friendly place of Tasmania and coming to terms with being neurodivergent. Of the myriads of comedians that put out memoirs these days, this undoubtedly will be one of the most compelling stories put together by one of the best storytellers and artisans in the art/craft of comedy.

One can only hope that by 2022, there will be no more debate over Nanette‘s validity as a comedy special and that it won’t take a memoir to finish such a vapid argument.