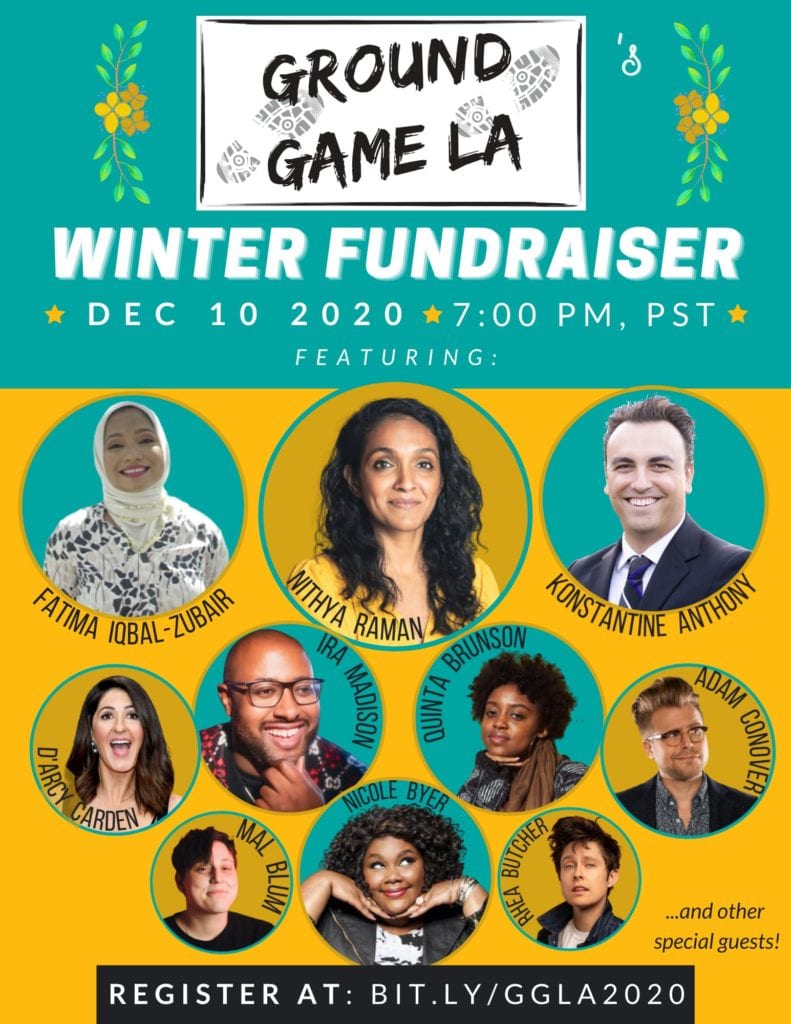 The election is well past us now and Biden is going to be 46th POTUS, which means Trump won’t thankfully be President anymore. In LA, a lot of progressive measures/candidates got voted in. Yet, as you might very well know, there is plenty of more organizing, strategizing, mobilizing that has to be done to actually affect real change.

Ground Game LA has been a great mutual aid LA org that will be crucial going forward in instituting and sustaining said change. Thus, they’re putting on a virtual Winter Fundraiser that will not only include appearances by newly elected LA councilwoman Nithya Raman, but a stacked row of LA comedy favorites such as D’arcy Carden, Ira Madison, Quinta Brunson, Adam Conover, Mal Blum, Nicole Byer, and Rhea Butcher.

Some of the best comedy live-streams have been benefit fundraisers, especially when Nithya has been involved, and this Ground Game LA Winter Fundraiser should be no different. The live-stream is set for Dec. 10th at 7PM PT/10PM ET and donations will be accepted for access (you can even stream for free if you’d like).