If You’re Not Re-watching Avengers, Maybe Go See a Comedy

If you’re in LA or a city big enough to get limited releases (or not for some of the bigger releases), here are some comedies you might want to spend that first bit of your paycheck on.

The Dictator-Maybe you’ll find Sacha Baron Cohen’s new film to be a “minstrel show” or you can agree with Time Magazine’s assessment of “infernally funny”, but why wouldn’t you see the follow-up to pissing Ryan Seacrest off.

Mansome-A new documentary from acclaimed documentarian Morgan Spurlock that explores the changing mystique behind being a man prominently featuring Jason Bateman, Will Arnett, and Zach Galifianakis.

Natural Selection (at the Nuart Theatre)-A favorite at SXSW, Rachael Harris stars in one of her first leading roles in trying to connect with a son she didn’t know she had that is an ex-con with a mullet.

Lola Versus (Upcoming screening on May 23rd)–Greta Gerwig of the indie hit Greenberg stars in an indie romantic comedy that doesn’t completely say “then hilarity ensues”. 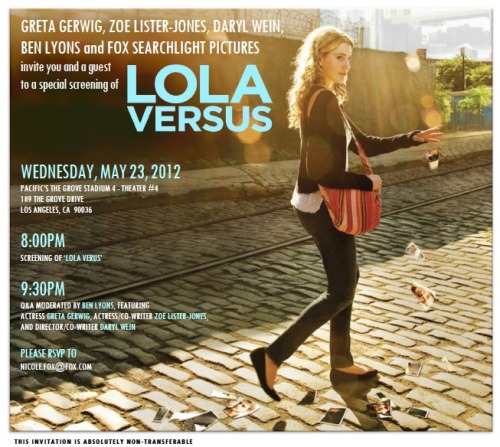