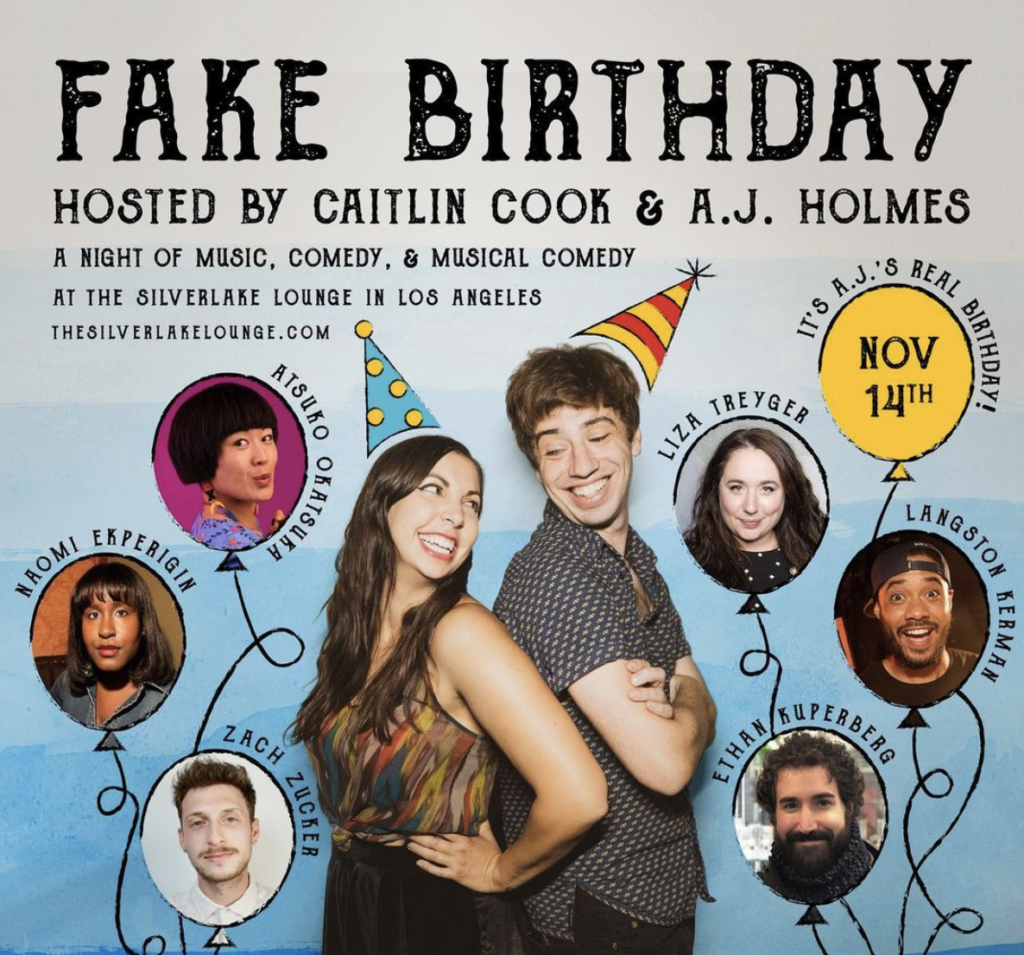 One of NYC’s most fun variety shows is the comedy and music mash-up at Fake Birthday with Caitlin Cook and A.J. Holmes. Holmes is a Broadway dynamo and Cook has toured the globe with her über clever musical comedy (she did a whole solo musical comedy show based on bathroom graffiti). Together, they have been the duo at the core of Fake Birthday and with their musical comedy powers combined (and a stellar line-up of guests), they’ve made quite the spot for themselves in the thriving NYC comedy scene.

So, Cook and Holmes are stopping into LA for an exclusive show at Silverlake Lounge, which, if you’re in and around LA, you absolutely make your Silverlake to catch. They’ve gathered an exemplary LA line-up with Atsuko Okatsuka, Naomi Ekperigin, Zach Zucker, Langston Kerman, Liza Treyger, and Ethan Kuperberg all joining with their own grand comedy stylings in between original songs from Cook and Holmes.

This LA edition of Fake Birthday is set for Sun. Nov. 14th at Silverlake Lounge at 8PM PT. Tickets are $16.95 and you ought to go snag them right now (especially since it’ll be AJ Holmes’ actual birthday for this Fake Birthday).