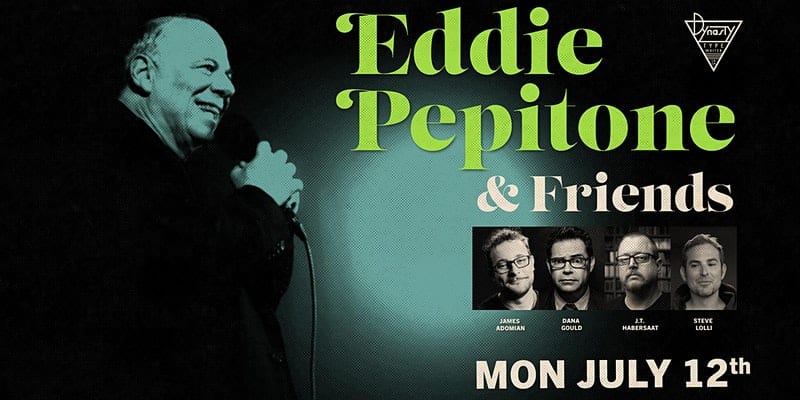 The NY Times named Eddie Pepitone’s For the Masses 2020’s Funniest Comedy Special. That special just happened to be shot at Dynasty Typewriter at The Hayworth Theater back in 2019. We just happened to bare witness to one of the tapings and it remains as one of the best nights of stand-up comedy we’ve ever seen.

2 years and a a good portion of a pandemic later, Pepitone is back at the very same hallowed venue to rumble its walls and seats with rolling laughter (along with some pals in James Adomian, Dana Gould, JT Habersaat, and Steve Lolli) on Thurs. Jul. 12th at 8PM PT.

Tickets are $20 now and $25 on the day of and you best go get your tickets before they sell out.