Dan Harmon’s Next Show Will Apparently Be on Adult Swim 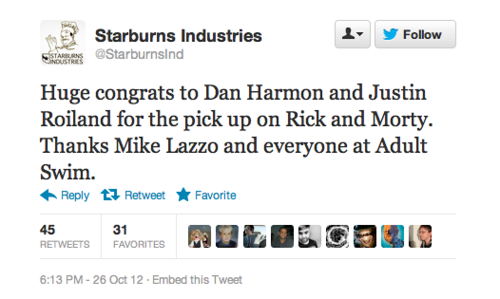 According to this tweet above and a few other posts yesterday, one of the many projects that Dan Harmon has been working on post-Community has been picked up; this one called Rick and Morty, previously in development, made with Justin Roiland. Luckily, it’s at Adult Swim where the more irreverent side of Harmon is free to roam and make us all double over in laughter.

According to this tweet from Roiland, we’ll have to wait until late 2013 though.