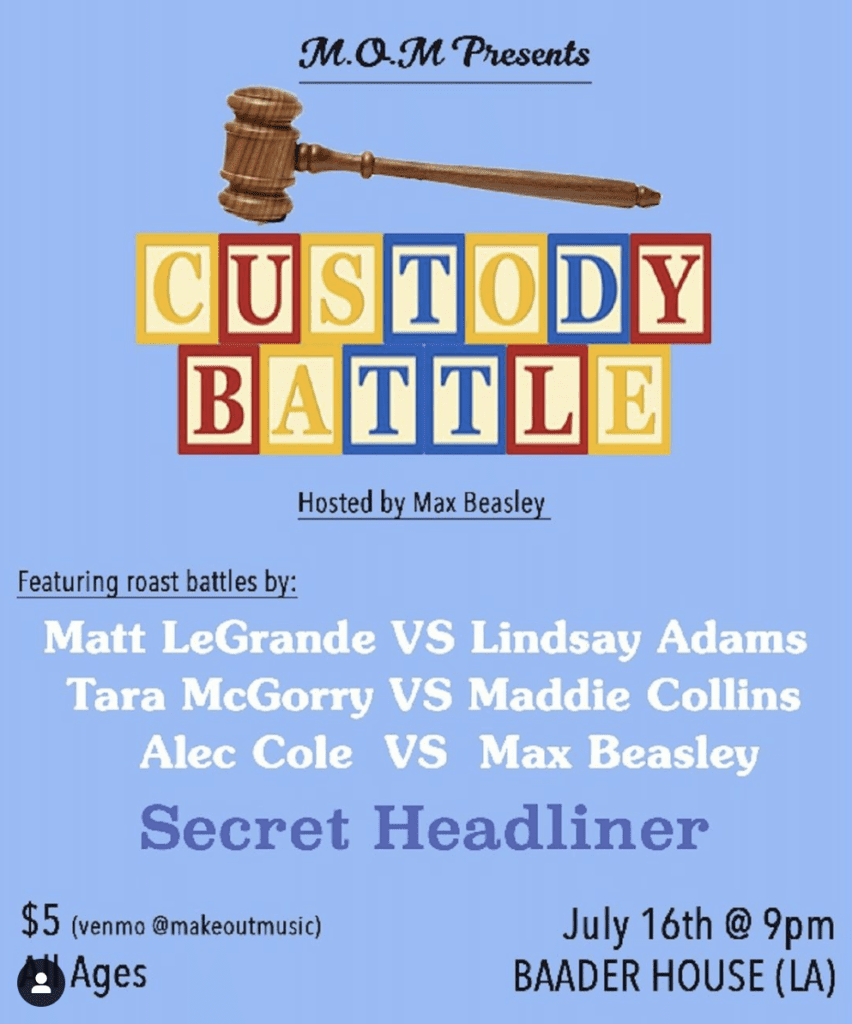 Well, now, there’s a new niche twist to two comedians going at each other’s throats with the best jokes they can come up with and it’s called, Custody Battle. If the comics are fighting for custody of something, the jokes might even get a little more personal, perhaps, but with the artifice of fake(?) hearing for custody of someone or something. Also, this will be a showcase of great women and LGBTQIA+ comedians.

On the inaugural Custody Battle, will be very fierce pairings of:
Matt LeGrande vs. Lindsay Adams
Tara McGorry vs. Maddie Collins
Alec Cole vs. Max Beasley

(plus a secret headliner).

Additionally, Custody Battle is happening on Fri. Jul. 16th at 9PM PT at an indie underground spot called Baader House that you’ll need to buy tickets in order to get the address (though we can tell you that it’s in on the Eastside in Boyle Heights). Tickets are $5 and you can Venmo @makeoutmusic for tickets.