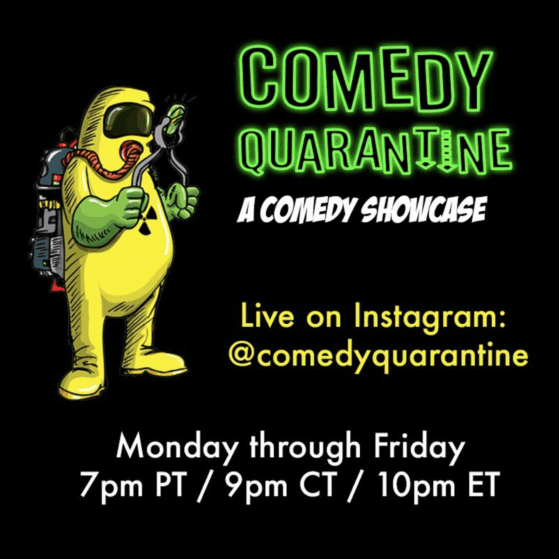 The very first @ComedyQuarantine offered dozens and dozens of the best comedians in and around LA to not only perform and give all of us a bit of a break, but get a chance to get so much needed support as so much work has dried up.

Now, what we thought might have been a one-off livestream is going to become a nightly one, Monday-Friday, bringing more of LA comedy’s favorites that, up until two weeks ago were performing at the plethora of weekly stand-up shows all around town. Last night’s line-up was pretty stellar including The Puterbaugh Sisters, Casey Ley, Clark Jones, and Molly Ruben-Long.

Tune in to @ComedyQuarantine on Instagram Live (and also check who’s playing on their IG feed) with hosts Teresa Lee and Barbara Gray Mon.-Fri. at 7PM PST/10PM EST with new line-ups every single night.