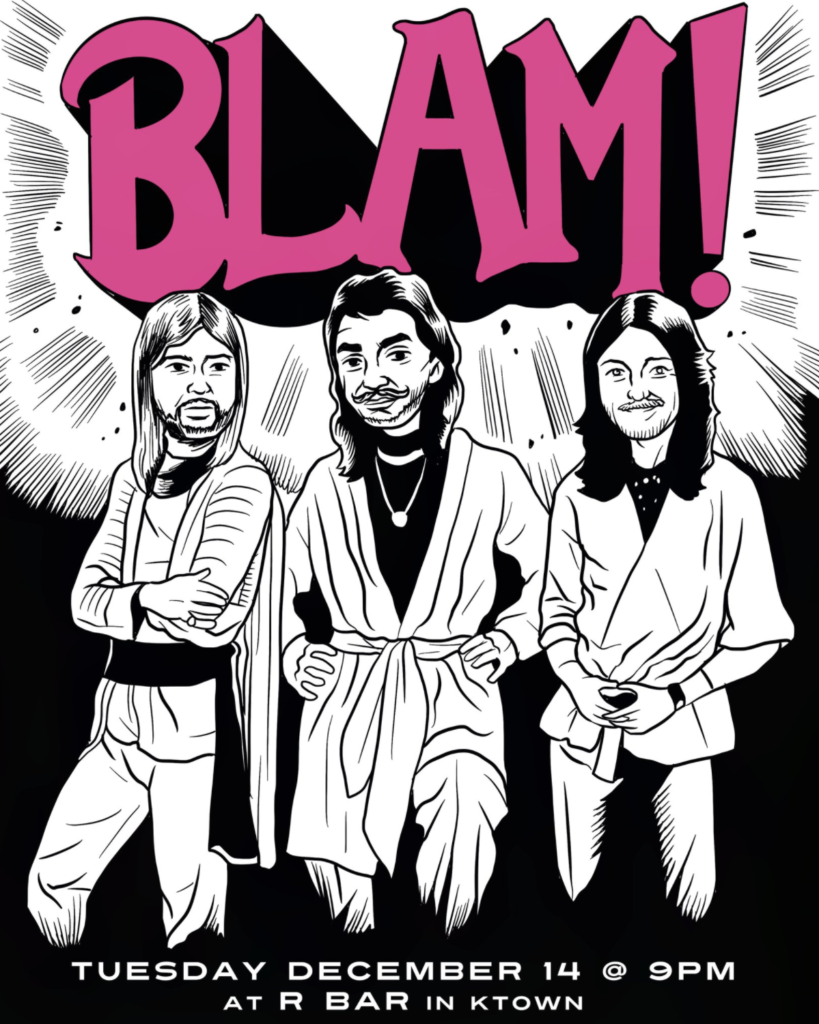 Yet another touchstone LA comedy show returns on this side of the pandemic. Truly, we just had no idea who or what was going to survive when March 2020 came to pass. There was a point at which we, and so many others, legitimately thought that perhaps none of it would come back. We continue to thankful for the instances where some of our favorite things in comedy have survived and are making a big, big comeback.

One such thing is another one of the LA comedy scene’s longest running comedy shows, Blam! Blam! Blam!, the monthly institution at K-Town’s super cool R-Bar is making its first official show since lockdown happen right at the end of 2021. For years, we loved spending a late night on Tuesdays at 3331 W. 8th St. with Paul Danke at the helm and a beautiful mix, curated by DeMorge Brown, of stand-ups, characters, and the always mind-bending surprise from Davey Johnson.

Don’t miss out this Tues. Dec. 14th. Get there at 9PM PT if you want street parking to be slightly less difficult.