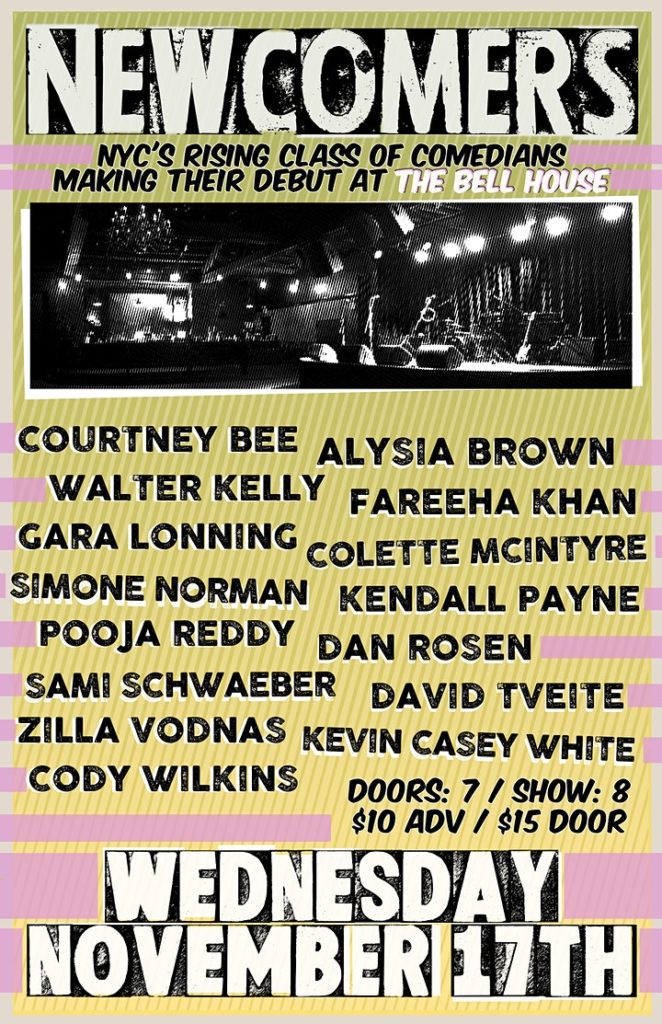 We often get asked, “Who is next in comedy?” or “Who are the folks that are about to break; the comedians that we need to see before they blow up?”

Well, there always around and they’re always performing, but they are not often on the very same line-up.

That said, every once in awhile, such marvelous institutions like the Bell House in Brooklyn will gather together their favorites seasoned performers that deserve that shine of being on such a coveted stage. That night will be Newcomers Night at The Bell House on Wed. Nov. 17th at 8PM ET and have a plentiful spread of NYC’s best that are getting their official Bell House debut.