Should Barb and Star Go To Vista Del Mar Be Up For Award Consideration? 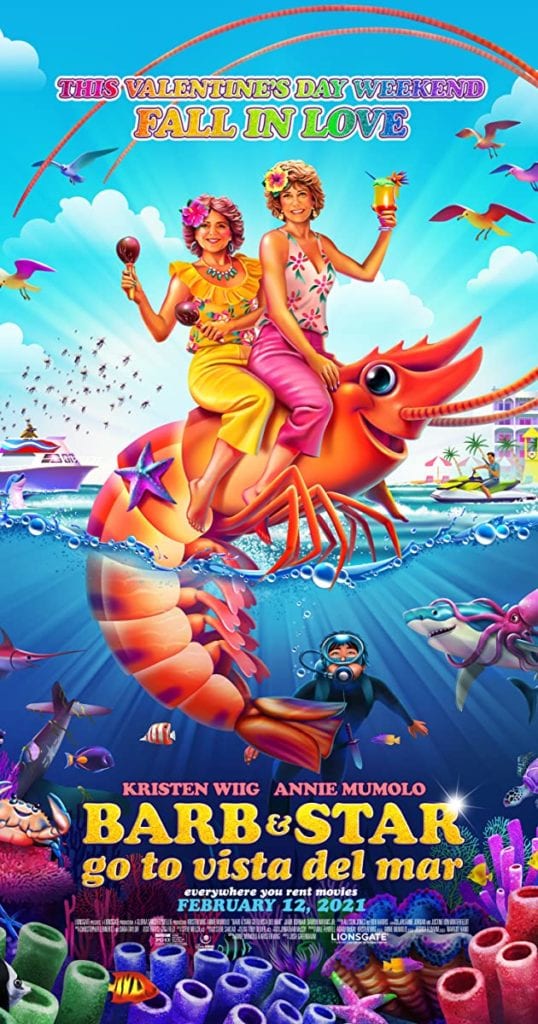 There shouldn’t be much debate about Barb and Star Go to Vista Del Mar already standing as one of the best comedies of 2021 (and of recent memory). Truly, it’s unabashed love of its own farce and full tilt into weirdness led valiantly by Kristen Wiig and Annie Mumulo is through and through comedy magic. Beautiful non-sequiturs, physical comedy galore, and bits on bits on bits make should very much make Barb and Star one of the most quotable, beloved comedies of this era.

So, with that in mind, shouldn’t it get some love during awards season? Historically, comedy, especially the pure kind, free of any sort of coming-of-age melodrama, isn’t treated kindly when it comes to the Oscars, Golden Globes (remember that they still loop in comedy with musicals), Spirit Awards, etc. etc. The value of awards in the grand schemes of moviemaking and comedy these days is very questionable to be sure. Yet, in our everlasting quest to tout the art form of comedy to any and all, it would be quite something for comedy to get some equity when it comes to getting artistic recognition with any sort of moving image.

Sure, it might seem weird that Barb and Star Go to Vista Del Mar next to traditional Oscar bait. That’s the problem though, isn’t it? The major awards for achievement in film seem narrowed to focus on a certain kind of grandiose drama and will only usually only give comedies the slightest of nods when it comes to writing. Perhaps, if there was more inclusivity not only of stories from all different backgrounds, but genre as well, especially when it comes to comedy, there might be more weight to these awards. That could be doubly true when it comes to their relevance to the general public and even in the grander context of film history.

Also, if Barb and Star Go to Vista Del Mar were to be in the mix for awards contention and then won, we have no doubt that Kristen Wiig and Annie Mumulo would have a pretty grand acceptance speech that would stand out from most of the sincere thanks and political grandstanding (no matter what they come up with).

Anyone But Me by Sheila Carrasco (Live-stream)