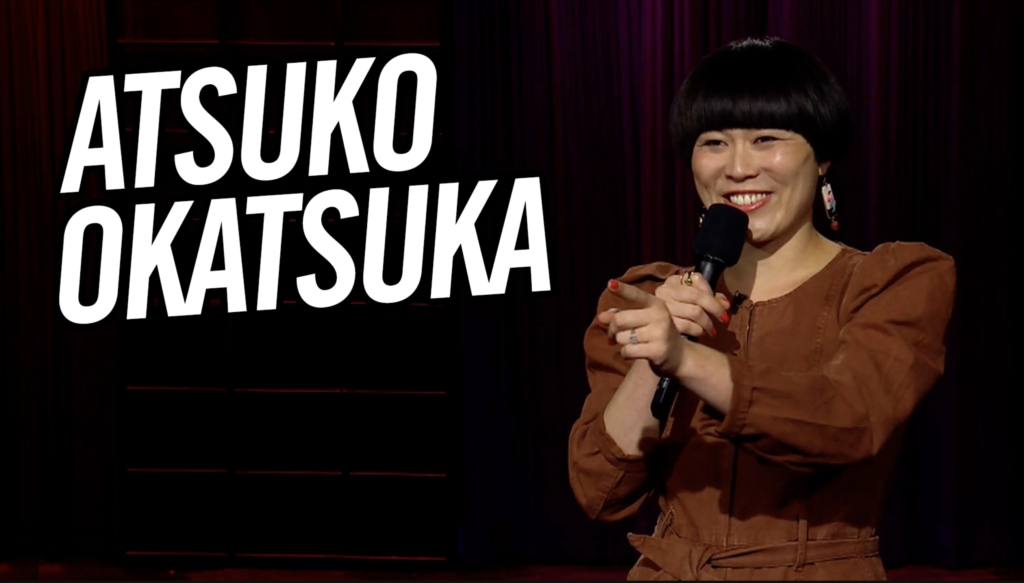 It’s pretty routine for us to incidentally catch comedians working on their late night sets and, more often than not, have already heard those jokes several times over in different sets, in different orders, over many months or even a few years. So, by the time a set goes to late night, the element of surprise, crucial to comedy, is often absent since we have a decent idea of what’s going to happen.

That said, our mark for truly great comedy is that we still find ourselves heartily laughing even when we have full knowledge of what someone’s jokes are going to be ahead. Atusko Okatsuka is a true gem of the LA comedy scene (and now, across the country) and we have delightfully seen her live dozens and dozens of times and still guffaw vigorously at her marvelously written and delivered material.

That happened yet again with Atsuko’s late night debut on The Late Late Show with James Corden. Please, without further adieu, enjoy it here.