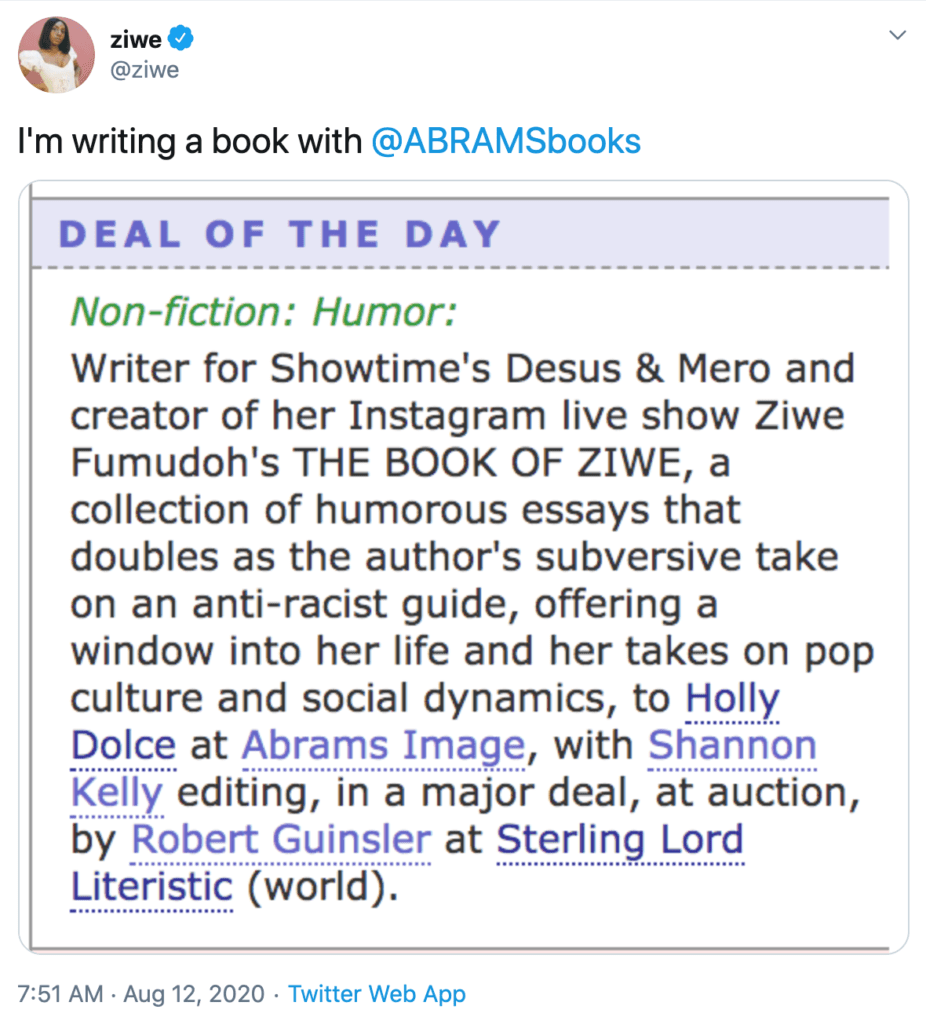 Since Ziwe Fumudoh‘s rise with her IG Live show Baited (again, it’s the only thing you should be watching on Thursdays at 5PM PT/8PM ET @ziwef), we’ve been wondering when, not if, the industry would be begin bidding wars over developing something with her.

Finally, some of that is starting to happen as Ziwe has just signed a book deal with ABRAMS Books for a book of personal essays that will also probably be a pretty good guide to being a guest on an episode of Baited. Ziwe is underway on writing the book, but a release date is TBA for the time being.

In the meantime, you can get your Ziwe fix with her album Generation Ziwe, watching any and all of Baited (including the original YouTube episodes), and catch Desus & Mero.