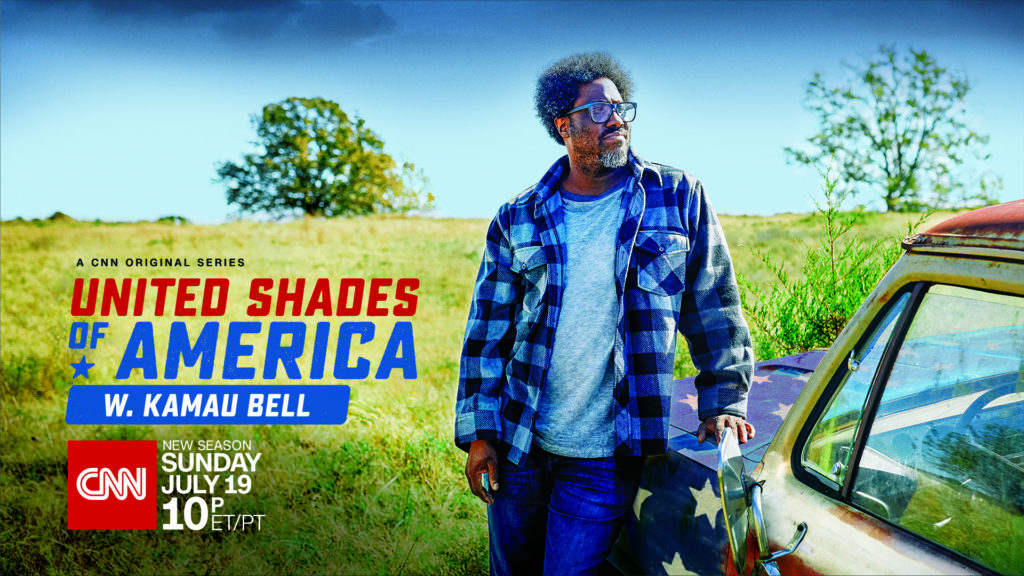 The Emmy award winning docu-series United Shades of America with W. Kamau Bell is returning for its sixth season on CNN this Sunday, July 19th at 10PM. For years, W. Kamau Bell has gone and explored “race based subcultures” with this series and has done plenty to expose race relations in this country (including when he chatted with a KKK Imperial Wizard in full robes).

So, it’s safe to say that, at this moment in America and around the world, that Bell’s series, which was already pretty crucial, has become even more crucial as the entire globe is truly reckoning with systemic racism and oppression at every level (as opposed to a few weeks as has been the case in the past).

Here’s a bit of sneak peek of what’s to come with the season 6 premiere of United Shades of America that dives right into what white supremacy really is.

I love this so much. This is a sneak peak of Sunday's premiere episode of United Shades of America called "Where do we even start with white supremacy?" Well, we have to start by defining white supremacy. And this is the beginning of the episode. 👀 It's gonna be a bumpy night. 😁✊🏿 Check out the whole episode Sunday, July 19th @ 10p ET / 7p PT on @cnn. #UnitedShades #wkamaubell #kamaubell #coronavirus #Covid_19 #blacklivesmatter #GeorgeFloyd #BreonnaTaylor #rayshardbrooks #layleenpolanco #tonymcdade #ElijahMcClain #ahmaudarbery #UnitedShades #UnitedShadesofAmerica #cnn #PrivateSchoolNegro #whitesupremacy