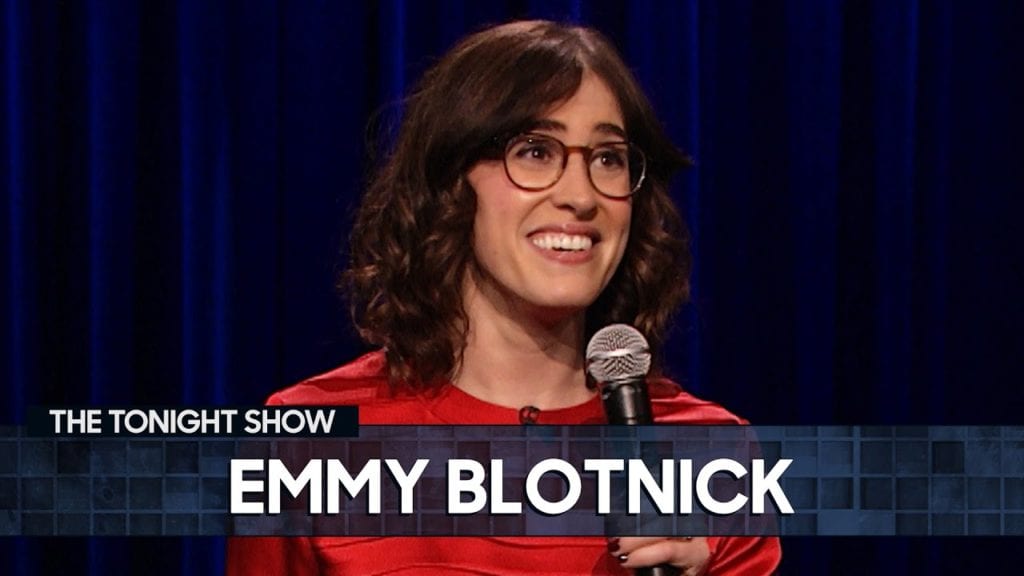 As things are supposedly reopening for the umpteenth time, there does seem to be, at least partially, a sense that we can pick up right where we left off long, long ago at the beginning of 2020.

There is world beyond the pandemic (even though it’s still not over) and, in regards to doing stand-up comedy on late night, which is probably as topical as stand-up comedy gets on linear television without your very own show, there is room to talk about things like weighted blankets.

(Also, if you’re worried about people not talking about “what’s going on”, trust that there will be more than plenty of comedy about COVID-19, white supremacy, etc. that will be written and performed for several years to come.)

Case in point: Emmy Blotnick‘s absolutely terrific latest late night appearance on The Tonight Show Starring Jimmy Fallon wherein she details the marvelous virtues of owning a weighted blanket. It’s among one of the funniest sets of stand-up sets we’ve seen in awhile and it’s almost like you could have seen this in Jan. 2020 just like you’re watching it now in Apr. 2021 and it’s just as sharply funny in both times and places.

That’s a testament how damn funny Emmy is. With that said, enjoy Emmy Blotnick on The Tonight Show here.