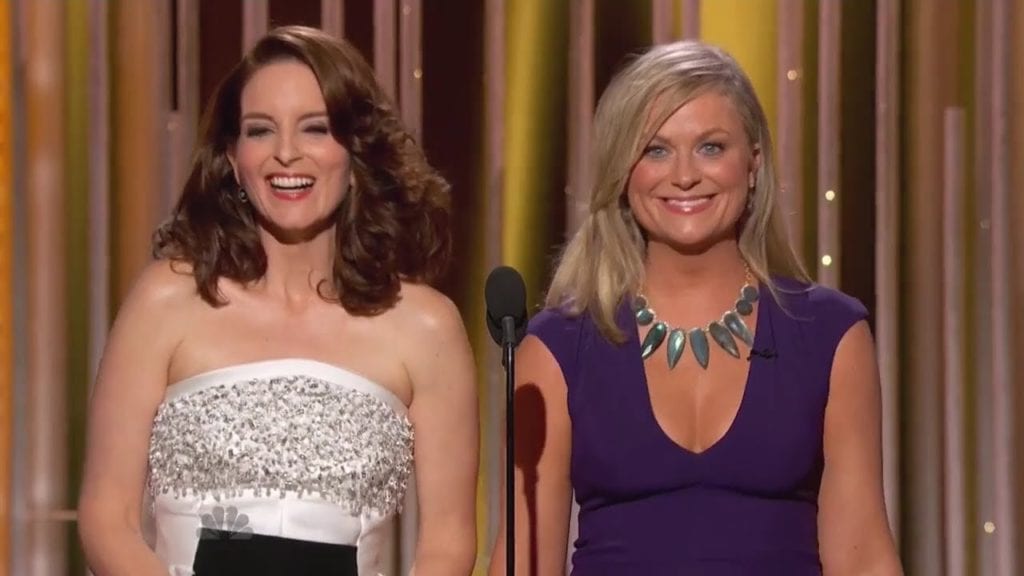 Unlike so many more of the major awards ceremonies, the Golden Globes do not have a very long tradition of hosts and being a big televised to-do like the Primetime Emmys or the Oscars.

That being said, few award hosts have shined quite like the pairing of longtime comedy collaborators Amy Poehler and Tina Fey. Up to 2015, they hosted the Golden Globes three consecutive times and were lauded for their performance, a rarity in the recent years of awards hosting. Of course, each had their own comedy and entertainment empires to tend to and retired from their roles hosting the ceremony.

Now, as COVID-19 has proven that it’s very likely to ruin most of 2021, the Golden Globes will have to be done remotely and virtually and they’re tapping Poehler and Fey once more as hosts to help navigate these uncharted waters. Fey and Poehler won’t even be in the same room for the occasion. Fey will be in NYC and Poehler here in LA, Beverly Hills in particular, co-hosting across the country, simulcast. We have faith that they’ll come up with some great bit about that.

Mostly, in a time where people desire what’s familiar and what they know has brought them comfort, it’s nice to see that Amy and Tina will take up the hosting mantle once more.