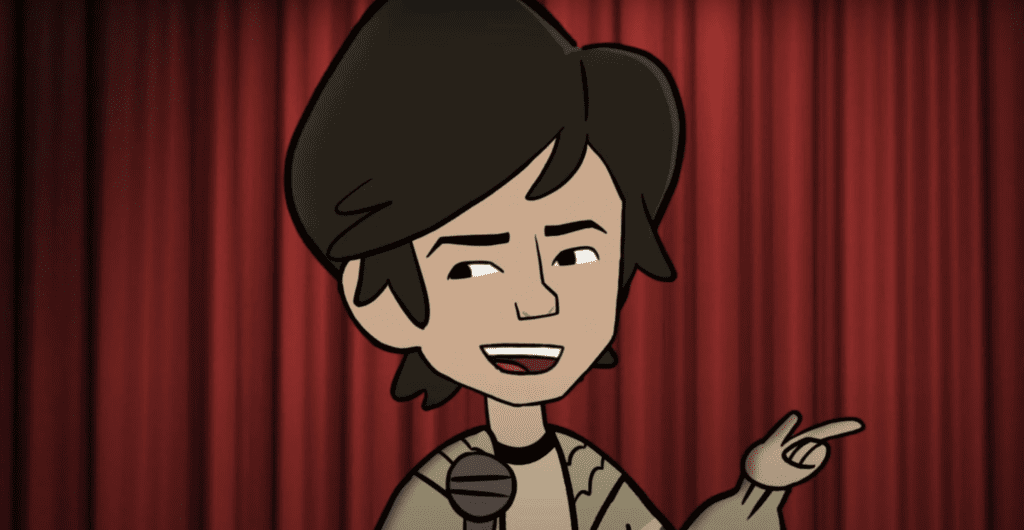 Pretty much anything and everything that could have been tried to make a comedy special in the last year and a half has been thought of and tried. Outdoors, in front of parked cars, w/no audience, over Zoom, facing TV screens, etc. One of the more ambitious ones has been animating an entire stand-up comedy special as Tig Notaro has done with her latest hour due at HBO.

There have been instances of bits being animated throughout the years, but a whole special is something different altogether.

Very appropriately called Tig Notaro: Drawn, Tig’s wonderfully dry and honest sense of humor gets manifested in vibrant colors as a series of cartoons and the animated version of her on stage with an animated audience. Just thinking about the possibility of that, we now want to see animated versions of her stories about playing Vegas and running into Taylor Dayne.

Get your first sense of what Tig and HBO have up their sleeve with this trailer here. Look for the premiere on July 24th at 10PM on HBO and then streaming on HBO Max.