Please Enjoy Trailer for One of the Wildest, Trippiest Looking Biopics Ever “The Twentieth Century” 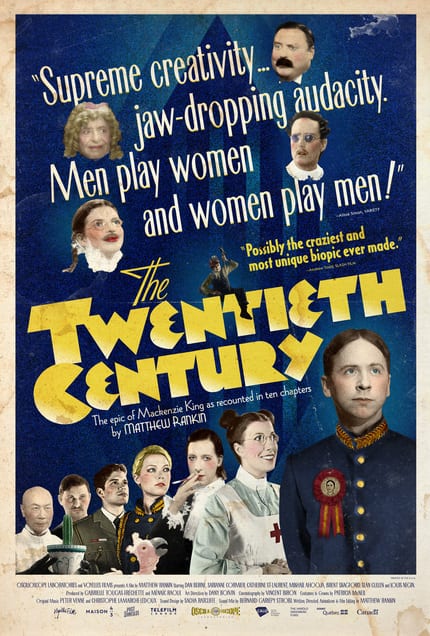 On one level, The Twentieth Century is supposed to be a biopic about Canada’s tenth Prime Minister [William Lyon] Mackenzie King, but, it’s very clear from the trailer, that writer/director Matthew Rankin put forth a much more ambitious vision for recounting the life of a Canadian head of state.

Rankin has made something that’s altogether anachronistic, alternative history, dadaist, and a tinge of that famous Apple Super Bowl commercial from the 80s. It’s kind of breathtaking how far Rankin’s take on King’s life in this morality tale about power, veering very clearly into the realm of the absurd and otherworldly.

Take a gander for yourself of what lies ahead for The Twentieth Century in the trailer here, then look for its release on Fri. Nov. 20th.