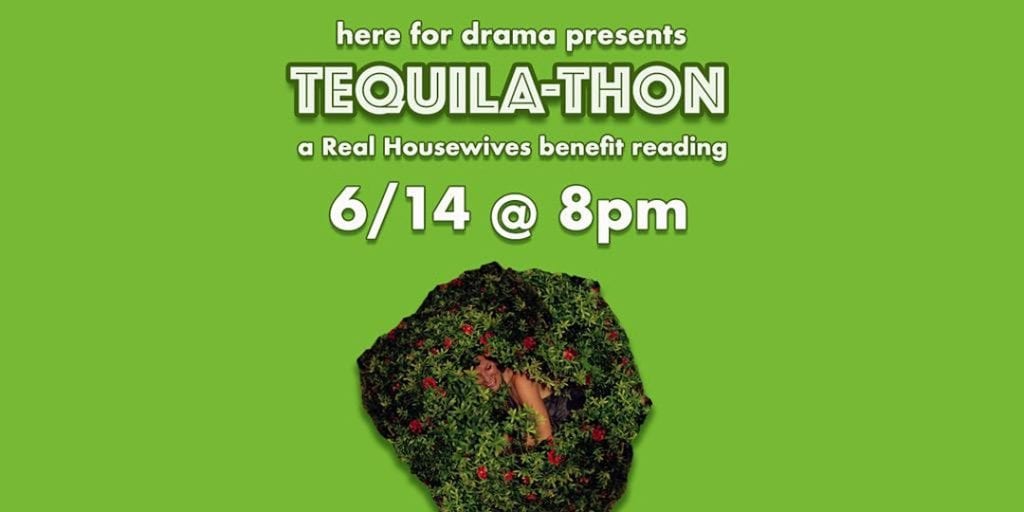 Whether you’ve dived into the world of the Real Housewives or not, it’s undeniably a cultural touchstone that has brought the drama to the delight of millions. As such, Here for Drama is virtually gathering a handful of fantastic comedians to do Tequila-Thon: A Real Housewives Benefit, a live reading of some of the much salacious moments on Real Housewives of New York.

Slated to join in the delightful live-reading chaos are Ira Madison III (as Bethenny), Phillip Henry (as Ramona), Natalie Walker (as Sonja), Ryan Houlihan (as Luann), Milly Tamarez (as Dorinda), Paul McCallion (as Tinsley), Michael Benjamin (as Carole) and Sarah Galli (as Narrator).

Best of all, proceeds from this show will be divided equally between The Bail Project and Brooklyn Community Bail Fund via ActBlue as part of Progressives Everywhere’s bail initiative.

Tequila-Thon: A Real Housewives Benefit will happen this Sun. Jun. 14th at 5PM PT/8PM ET. Tickets are going for a $10 suggested donation. Go get them here now.