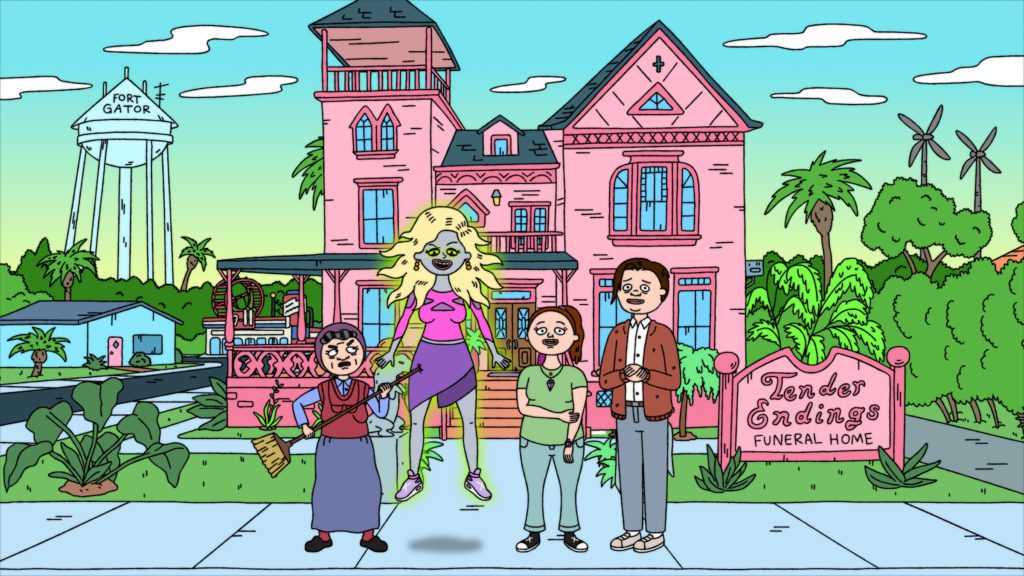 Given how out there and dark Adult Swim has gotten with their series, both animated and live action, one might be surprised that they haven’t done a comedy that’s set in a funeral home until now. Teenage Euthansia, from creators Alissa Nutting and Alyson Levy, will indeed be that very series that not only takes a coming-of-age, family sitcom into a mortuary, but really take it several steps more absurd with having the mother of family coming back to life to make up for being a mom who ran out on her family, though undead on this go around.

Also, the cast is truly top notch with the voices of Maria Bamford, Jo Firestone, Tim Robinson, and Bebe Neuwirth. It really seems like it has all the makings of a great dark family comedy. See what exactly that would look and sound like with this first official trailer for Teenage Euthanasia here.

If this is your jam, then look for Teenage Euthanasia to premiere on Adult Swim on Sun. Aug. 19th at midnight.