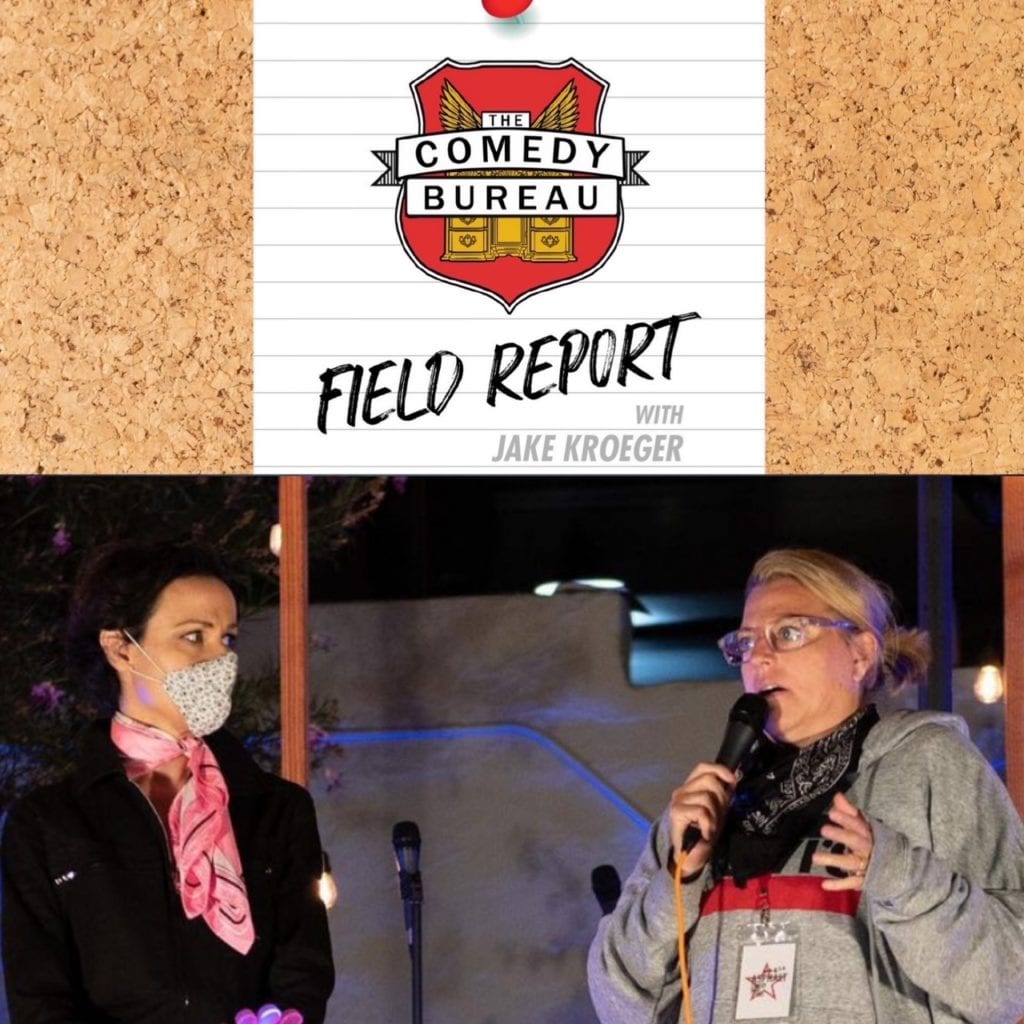 One of the realities of this pandemic era of live comedy is “drive-in shows”. As far as we know, a historic precedent is being set by those in comedy that organize and go and perform comedy in front of a parking lot of cars due to COVID-19 closing all indoor comedy venues. Two of those trailblazers are the longtime live comedy producing team of Tammy Jo Dearen and Nikole Larson who went from having a weekly show, Bitch, in The Belly Room of The Comedy Store to doing, Magic Asphalt @ The Magic Castle, the only recurring drive-in stand-up comedy show within LA city limits. Now that Los Angeles (as is the rest of the country) is going on lockdown again, drive-in shows are, for the time being, the only live, in-person shows that will be happening for the next several weeks.

Tammy Jo and Nikole zoom with TCB’s Jake Kroeger about figuring out how to pull off a drive-in show during a pandemic and also talk Quibi officially ending and NYC’s brand new venue, The Squirrel Comedy Theatre.