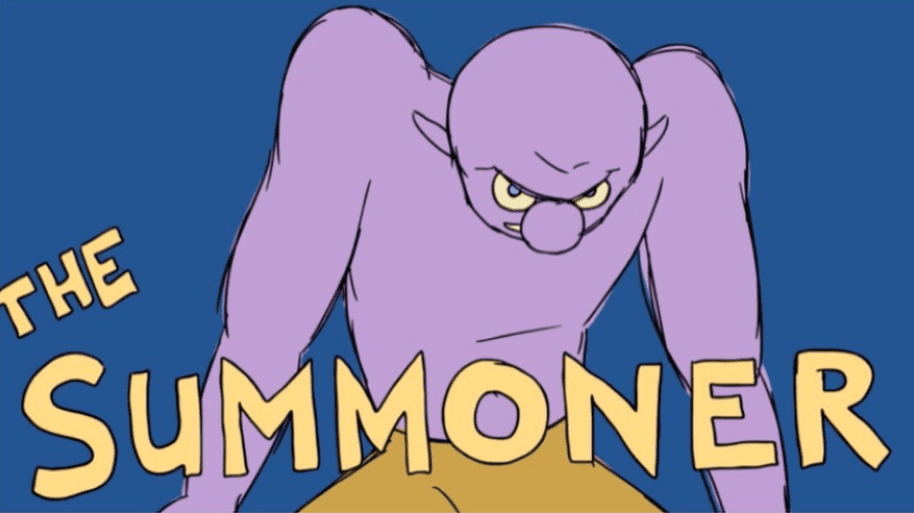 SYFY keeps beefing up its own late night animation block TZGZ (not too unlike Adult Swim is for Cartoon Network) and it seems to get more and more enticing with every new show they order. The latest addition comes from Charlie Hankin and Stoopid Buddy Studios and is called The Summoner.

We’ve followed and thoroughly enjoyed Hankin’s work for awhile now whether it be animating cartoons for The New Yorker or being one half of one of our favorite sketch duos Good Cop Great Cop. Hankin has such a great knack for finding absurdist minutia to tap for humor. This series caters to that strength perfectly as it centers on a pair of roommates, one of which is an alien that can summon any object, but never summons anything useful.

Three episodes of The Summoner are set for next year and we won’t be surprised if SYFY keeps adding even more series to TZGZ over the coming months to become an even more formidable animation block to tune into.