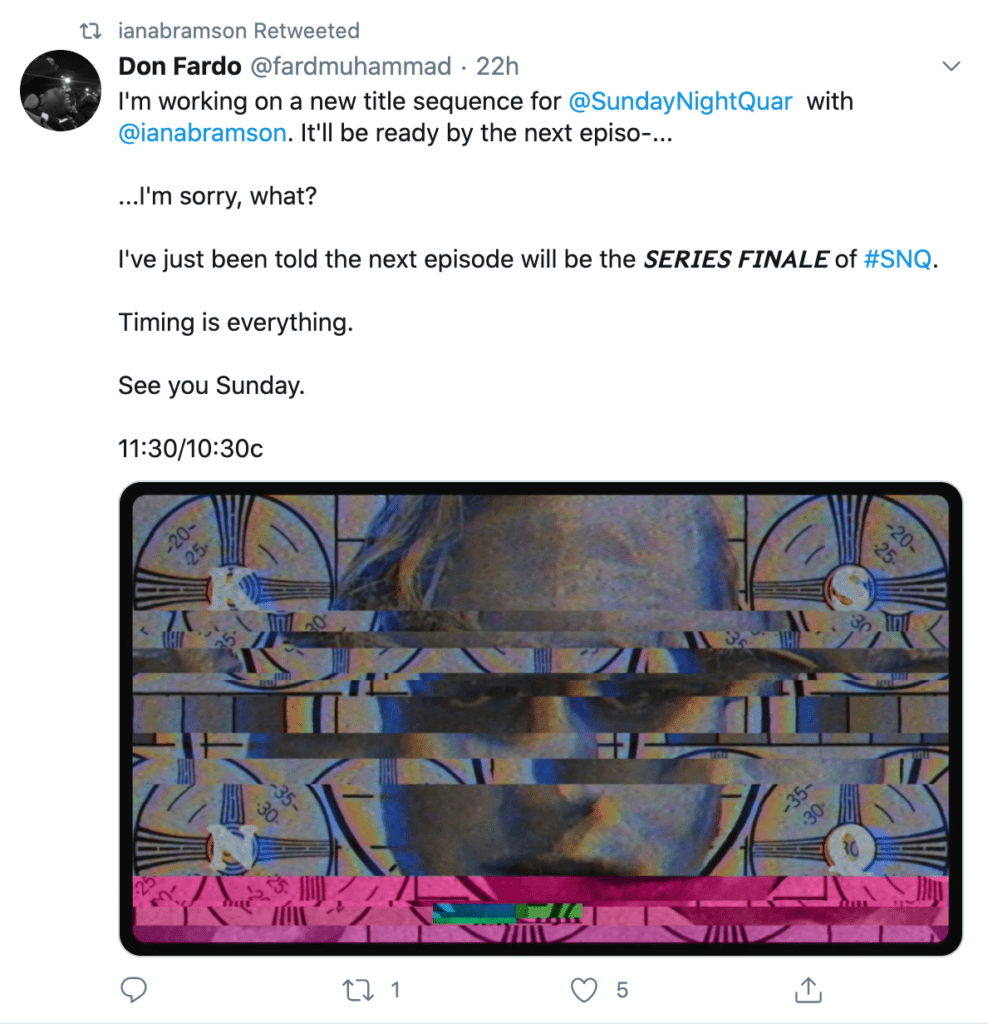 Though it is very much a stereotypical thing that one would read in their high school yearbooks, what a crazy ride it has been (for Saturday/Sunday Night Quarantine). Ian Abramson has not only stepped up to the challenge of doing an entire live sketch show, pretty much by himself, but created this otherworldly, devil may care, rebelliously inventive version of a live sketch show including a running gag at the end of each program that always gets us. Two months have passed by and Abramson and company have figured so much out and gotten better from week to week (and we’ve thoroughly enjoyed the process).

With all of that said, as the world attempts to start to open back up, Ian is looking forward to doing other things with more stuff at his disposal. Thus, this Sunday, May 10th at 8:30PM PT/11:30PM ET will be the final, regularly scheduled SNQ over at Ian’s Twitch channel. Ian did comment that he’d be doing something like SNQ again, but just not every weekend.

In any case, this final (for now) show is something to definitely tune into (and very much hope to continue past the pandemic, possibly as it’s own TV show so long as they get to be as daring as they’ve been thus far).