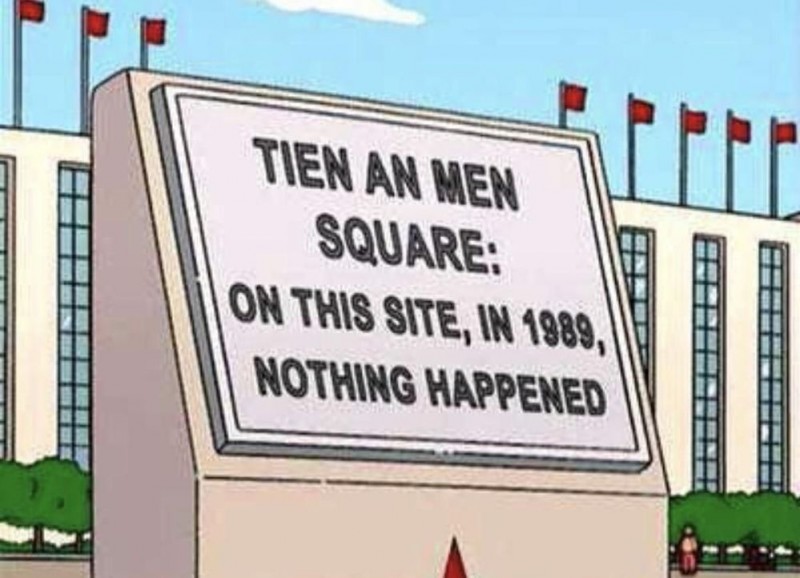 It’s hard to ignore the sort of gymnastics that studios and networks (and even celebrities) will sometimes pull in order to curry favor with China since they represent such a giant share of the global market. That results in having to obey the ridiculous level of censorship in the People’s Republic of China. Mentions of Taiwan as a sovereign nation or pointing out the more problematic parts of Chinese history are pretty great ways to not have a TV show or movie get shown in China.

The latest instance of this troubling practice is the apparent absence of a very specific episode of The Simpsons on Disney+ in Hong Kong, a discovery made just after the streaming platform’s localized launch a few weeks ago, that “just happen” to feature a clever jab at the PRC regarding their active disavowal of the horrific massacre at Tiananmen Square in 1989. There isn’t an official explanation from Disney as to why this singular episode is missing within Chinese borders, but the Chinese government’s childish sensitivity over being portrayed as flawed very much seems to play a part here.

The satirical facet of comedy is the part of the art form that is supposed to ridicule the abuses of power and The Simpsons in particular has been built so much of its appeal for decades off of that particular idea. Trying to wrap one’s head around the idea of doing comedy in this regard in Mainland China (which pretty much includes Hong Kong now as Beijing has choked so much democratic sentiment out of what used to be a “special administrative region”) seems near impossible with Xi Jinping running his government like a hive mind.

Such suffocating restrictions on free speech and thought can sustain in any sort of absolute way. If anything, the more restrictive it is, the more likely that there are voices of dissent that are whispered more and more wherever it can be somewhat hidden. If someone was willing to risk death on smuggling episodes of Squid Game into North Korea, it only stands to reason that there is plenty of critical dissent of Xi and the PRC that might exist in zines or in some sort of hidden meme on social media or somewhere else that Chinese censors have not thought to look yet.

There is a great irony in that the quest for a bigger profit margin, freedom of expression is sacrificed a little bit, which undoubtedly could lead down a dark path. In this case, it’s just a single joke that would be similar to any joke about the American government’s treatment of the indigenous peoples of the Americas or even the BLM protesters last summer. The complicity here, even though it might seem relatively minor at the current moment, makes us ponder about the future of comedy’s ability to punch-up at the powerful on a global scale.

Don’t be surprised if there’s some sort of incident similar to that of Seth Rogen’s The Interview & North Korea that directly affects relations between the U.S. & China in the not too distant future.