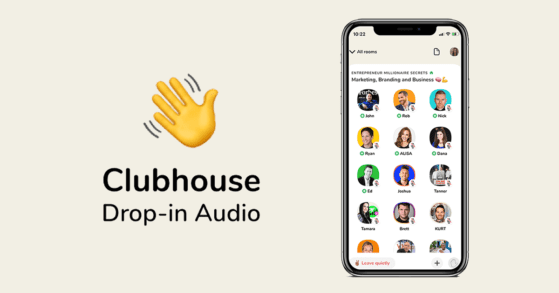 Love it, hate it, confused by it, or indifferent to it, Clubhouse is undeniably a current platform to be reckoned with. Even as other equivalents are being tested at Facebook and Twitter, Clubhouse has proven to be a pretty dynamic space, especially as the pandemic hasn’t ended. There has been an explosion of all sorts of content on the audio only, convention-esque platform over the last few months, especially in regards to comedians.

So, it’s not surprising that more than a few comedians were handed more than a few thousand dollars a month to be part of a Clubhouse’s newly minted “Pilot Season” program. They’ll get to develop their show/content however they choose over three months and then be reviewed to see if they’ll get the full support of the Clubhouse app itself. Some of those chosen include Facial Recognition with Fizaa Dosani, which had been a popular LA based stand-up show and podcast as well Henry Kaiser’s NPR parody NNPR.

To the critics of Clubhouse that relegate it to just a “conference call”, it’s worth noting that all these folks got pretty clever with how to make said conference call entertaining.

Here are the rest of the comedy pilots for Clubhouse’s Pilot Season. Get the full list at Deadline.