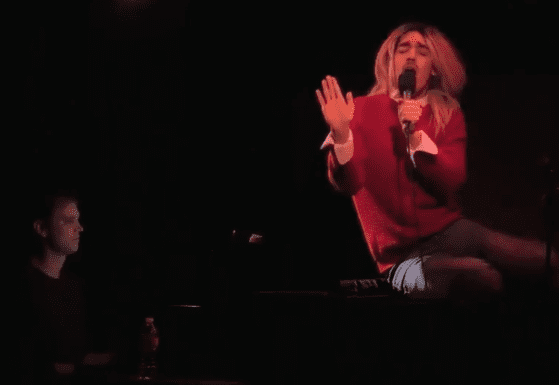 Since we’re already in the thick of the holiday season, the air is rife with various holiday staples like Jingle Bells or whatever Trans-Siberian Orchestra track has a hot guitar solo. May we suggest a deeper cut to add into your festive music rotation?

Try Matt Rogers’ “Hottest Female Up in Whoville”, a song that was “cut” from the film adaptation of The Grinch that speaks the truth of one of Whoville’s sultry residents, Martha May Whovier. Rogers performs it here, on top of a grand piano of course, with the brilliant Henry Koperski at the keys.

It may be your new favorite song to play throughout December from now on if you’re looking for something to really bring some actual spice to these weeks of what have largely become forced communal joy.

Please enjoy Rogers and Hottest Female Up In Whoville here.

People don't know @MariahCarey wrote "Where Are You Christmas?" from The Grinch. That was from the perspective of Cindy Lou Who. She also wrote this CUT SONG from the film, "Hottest Female Up In Whoville", from the POV of Martha May Whovier. Here's me and @HenryKoperski doing it. pic.twitter.com/8IsBpJgae9