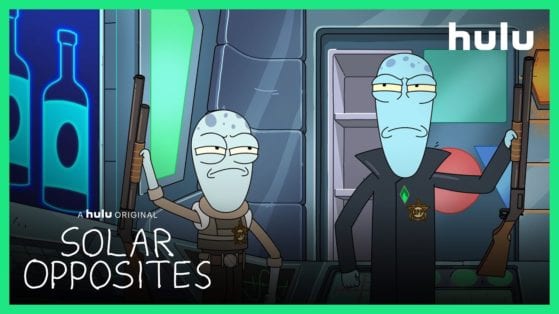 To entice viewers, some shows will release a red band trailer that is meant for adults only and is thus, usually released only online or, perhaps, with an R-rated movie in theaters (that thing we used to do so long ago).

Solar Opposites is the sort of a show that has enough explicit content to warrant a red band trailer and they have indeed released one. However, it would seem that they have gone above and beyond during their time at SXSW Online 2021 and unveiled a “super red band trailer” that really goes to town with language and gore. The alien family of Solar Opposites that have been stranded on Earth and cause chaos in the meantime really do one-up themselves for this super red band trailer (which might be the first of its kind?)

Watch it here, then look for season 2 of Solar Opposites to start on Hulu this Fri. Mar. 26th.