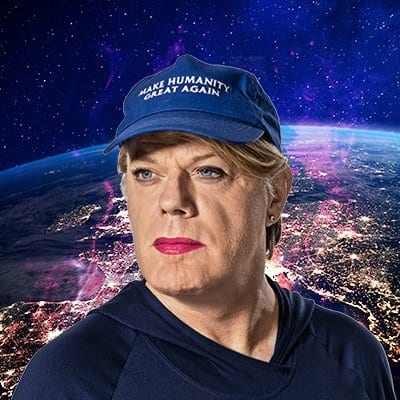 Eddie Izzard Will Now Be Using She/Her for Pronouns

Gaining acceptance of gender as fluid and honoring people’s humanity by recognizing them as they see themselves has been one of the more defining movements of our time. Issues surrounding trans and non-binary folks and the visibility of their lives has come more to the forefront and some progress has been made with their inclusion into society/all of our daily lives.

Living and working comedy legend Eddie Izzard has often treated gender as fluid for decades now, breaking outdated gender norms and conventions and she is doing so once again. Just announced today, Izzard will now use she/her pronouns specifically from now on. Pronouns have been a particular sticking point when it comes to trans and non-binary acceptance with many people making adjustment and others vehemently refusing to acknowledge someone’s desired pronouns. Izzard definitively choosing to use “she/her” as someone who has gained such notoriety and was largely referred to as a man with he/him pronouns should be a good step forward for normalizing gender fluidity.

Also, we have no doubt that she’ll come up with a brilliant bit about it and we can’t wait to see everything she has to say about it (that will very be likely done in four different languages because Eddie is just that much of a genius).