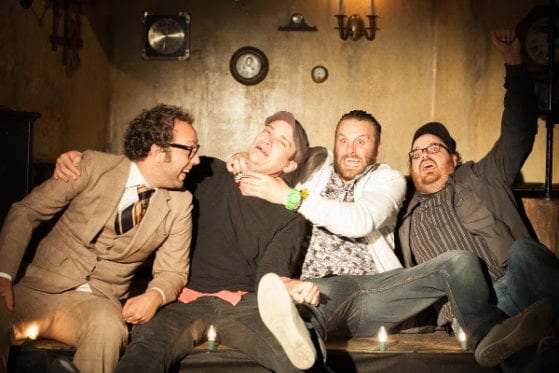 LA has many a secret comedy show, but many don’t actually carry the name of “Secret Show” (and, if they do, they often aren’t worthy of the moniker). Yet, the actual Secret Show that has been happening for years at the barbershop-turned-speakeasy, The Blind Barber, is one of LA’s best underground stand-up comedy shows thanks to its stewards Grant Lyon, Andy Peters, Dave Waite, and Nick Anthony.

For obvious reasons, they had to take several months off, but they’re officially back for a COVID-19 free show (proof of vaccination or negative test results within 72 hours required at door) next week! On Mon. July 26th, The Secret Show at the Blind Barber crew will be putting on two shows, 7:30PM PT & 9:30PM PT.

You can and should RSVP for the show here, before tickets run out (and they usually do).

Their first line-up is stacked with

As the show often sells out pretty quick, get on their mailing list at barbersecretshow@gmail.com and for their sister show in Highland Park at barbershowhp@gmail.com.