history of stand up 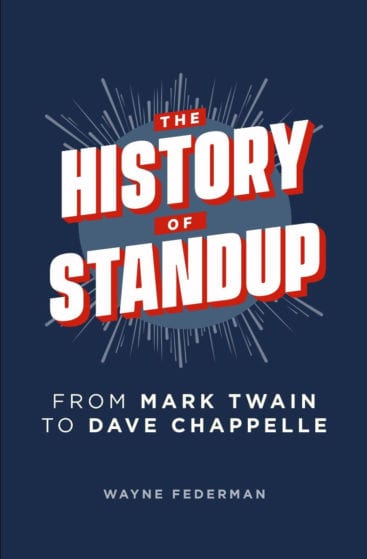 When it comes to chronicling the history of stand-up, especially as someone who has lived through a good majority of it, there are few that rival the likes of Wayne Federman. He has performed and written comedy for so many decades and has managed to adapt with the times throughout all of it.

A few years ago Wayne did a podcast called The History of Standup where he dived deep into the timeline of standup comedy over several episodes. Now, he has a book that will be coming out called The History of Stand-Up: From Mark Twain to Dave Chappelle. What’ll be different about the book is not only the opportunity to put every detail and nuance about the history of stand-up comedy that Wayne knows about, but he’ll also have a bit of perspective on comedy that has happened and is happening during this pandemic (full disclosure-he personally called us about it), which is as up-to-date on the history of comedy as you possibly get.

You are very likely a fan of comedy if you’re reading this, so look for The History of Stand-Up: From Mark Twain to Dave Chappelle to be released on Mar. 15th. Pre-order the e-book here (hard copies will be on sale on Mar. 15th as well).