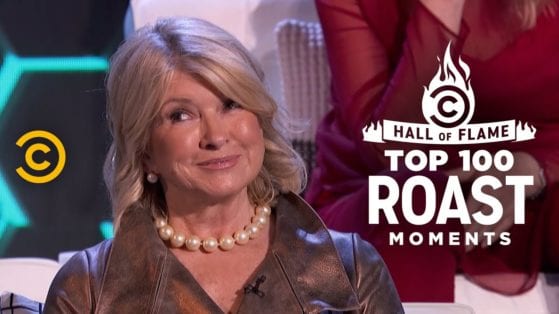 When it comes to comedy roasting these days, it’s pretty clear that Nikki Glaser is one of the best in the game and has been for the last several roasts put on by Comedy Central.

With Comedy Central going through their vault of their numerous roast specials for the upcoming “Hall of Flame” series, it’s subsequently pretty perfect that Nikki is hosting (and very likely adding her very own whipsmart commentary on the line-up of clips to be presented).

Starting Mon. Mar. 29th at 10PM, this “Hall of Flame” will be cherry picking 100 choice clips throughout their entire roasting history. Get a taste of what’s to come from Nikki and “the Hall” here.