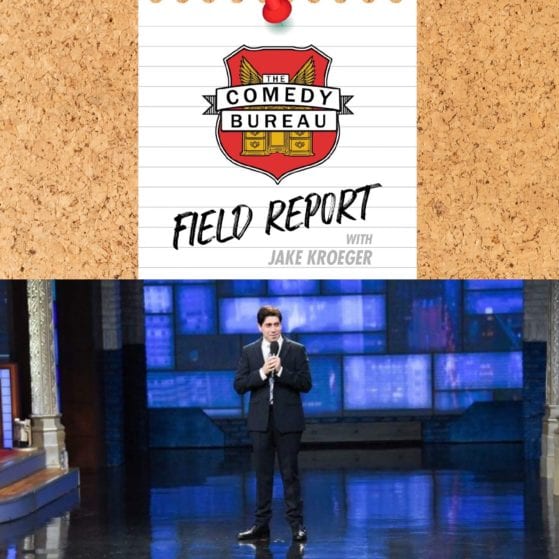 Without really knowing that it was coming, we’ve been at The Comedy Bureau Field report, officially, for a year now (quarantine has a funny way of messing with our perception of time). On our anniversary(?), we’re thrilled to have the great Danny Jolles with us to not only celebrate the release of his fabulous first hour special, Six Parts, but also recount his very long, delay-filled journey through the last year leading up to this point. Danny persevered despite, like so many folks in comedy, having their entire identities stripped of them (as well as so many life-changing career prospects). Also, “hot” takes on WGA Award winners, A Black Lady Sketch Show returning next month, and Russell Peters calling his upcoming podcast Culturally Cancelled. Oh, and there’s a big shout out to the one of the best choreographers in the biz, Kat Burns.