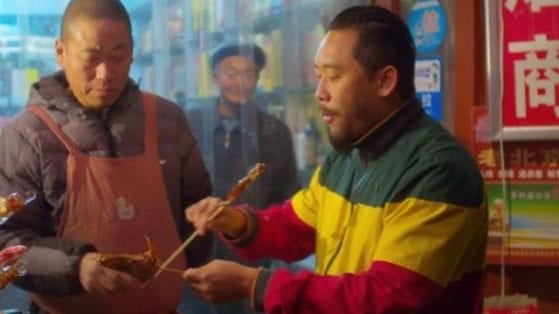 Even though there has been more ripples in the world of late night over the last few years (Desus & Mero, A Little Late with Lilly Singh, The Amber Ruffin Show), the Jimmys and the classic talk show format laid out by the original Tonight Show in the 50s still represents a good deal of what late night is in 2021.

That said, Conan O’Brien is ditching that format for something more akin to sketch on HBO Max, John Oliver/Sam Bee/Trevor Noah represent a whole relatively new political wing of late night, and there has been plenty of new short lived new comers that were poised to potentially shake things ups (Hasan Minhaj, Busy Phillips, VICE Live!)

FX has had a pretty great batting average with their programming in the last decade in terms of acclaim and loyal viewership and some of that has to do with really going against the grain in the TV landscape and developing one-of-a-kind shows like Atlanta and The Americans. With that in mind, they’re poised to try a bit of an experiment with the talk show (and ostensibly, late night) realm by giving rabble rouser/artist David Choe his own interview/talk show, The Choe Show. He’ll be interviewing guests while painting a portrait of them and that’s as far as the format has been outlined. This, at this point, seems like a far cry from their own past attempts at late night with Totally Biased with W. Kamau Bell and Brand X with Russell Brand.

Choe is definitely a dynamic personality with plenty of spicy takes on pop culture that could potentially be enough to drive a talk show (especially with the portrait angle). He definitely has shown his irreverence on Ugly Delicious or his own various projects he has done with VICE. FX’s willingness to take the sort of chances that others were weren’t willing to take, again, has proven to really work out for their very savvy network brass. Having Choe rather than a comedian or established stage/screen actor/personality (James Corden) is a fascinating choice and we’re curious to see what both FX and Choe have up their sleeve, even if just for sheer novelty. Of course, we think that there’s probably much more to that and there is undeniably a lot of potential that could be had with a portrait being a standing part of the interview for the show.

We shall see what that might be when The Choe Show premieres on Jun. 25th.