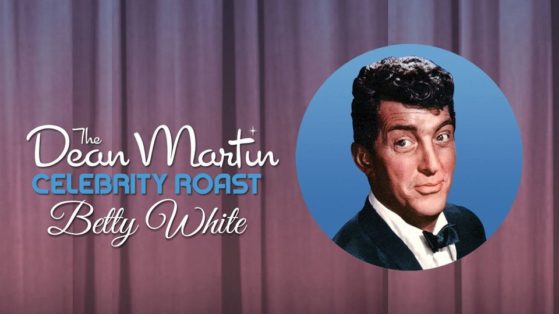 Amidst looking up several various clips and stories of the legendary Betty White, you might have noted that she was the honored guest of a Dean Martin Celebrity Roast. That was back in time (the seventies) where roasts were actually honoring people with friends rather than being a dressed up excuse to have very good comedians be mean to celebrities that have become popular enough to inspire a significant percentage of haters.

Well, you probably won’t find the whole thing streaming anywhere (or even on a DVD?), but, thanks to 800 Pound Gorilla Records, they’ll be streaming the entirety of Betty’s edition of The Dean Martin Celebrity Roast on their YouTube Channel. Starting on Mon. Jan. 17th at 3:30PM PT/6:30PM ET, you’ll get your chance to honor White as she would have turned 100 and see her be honored for the comedy legend was/is/will continue to be.

Here’s a trailer to bring you back into the world of those classic roasts here.