“NYC's hilarious cult-favorite pun competition ... both an endearingly homemade and impressively high-caliber show.” – The New York Times Part of NYC’S comedy landscape since 2011, the PUNDERDOME® is the wild & crazy pun compuntition created by a “Rodney Dangerfield impersonator” and his alleged daughter (Fred and comedian Jo Firestone). The alleged dad will be hosting tonight’s virtual show!  Twelve comedians and wordplay enthusiasts will participate in a virtual All-Star Pun-Making Tournament – comprised of Punderdome® champions as well as…

Got that single friend making it through months of quarantining alone? Virtually pitch them for a (socially distanced, covid-safe, or virtual) date! YouShouldDate.ppt is a fun, live event where you pitch your single friend to the crowd for a date. But the pandemic's still not over, so our pitches will be over Zoom! Join us for a NYC Valentine's day special hosted by Anne-Marie Pietersma, brought to you by Littlefield NYC. Pitches are brief, entertaining powerpoint presentations in the style of a…

Smart Funny & Black, Created by comedian/actress/producer, Amanda Seales (HBO Insecure) brings your favorite funny folks to the “Hall of Flava,” to compete, in a head to head battle of wits that tests their knowledge of black history, black culture, and the black experience.  After a night of fun as hell games, flanked by a live band, and a turnt up audience, each show ends with one guest, literally, taking the “L”, the other, taking the crown, and being inducted into the, “Illustrious League of Master Blacksperts”. 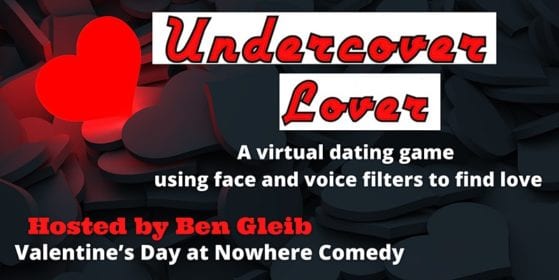 In a relationship? Or single, but just want to watch and enjoy the show? Get a general admission ticket and join us this Valentine’s Day! Host Ben Gleib will connect people from all walks of life to look beyond just the physical, and seek a connection that’s not just skin deep. But we’ll do it in a hilarious, never-before-been-done way! Using funny filters! Undercover Lover is a dating game show for modern times. The world’s first Augmented Reality Dating Game… 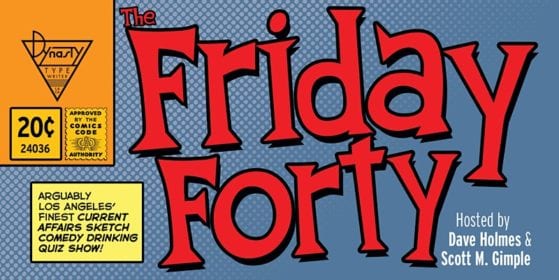 Your favorite sketch comedy current affairs drinking game show. 40 questions about the events of the last 7 days, while we all drink 40s. Hosted by Dave Holmes + Scott M. Gimple! Buy tickets, then tune in at 6PM PT/9PM ET.