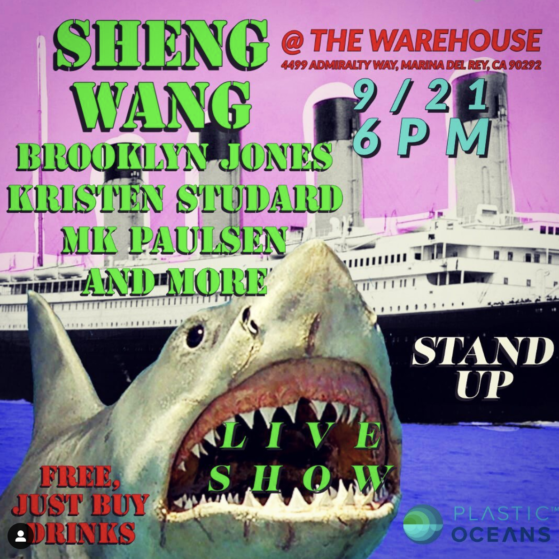 Pick of the Day: Conservation Comedy (near LA) 9/21

If you are deathly concerned for the environment and the human effect on it or, recently, became deathly concerned for it due to so many scientific reports pointing towards even more climate related disasters than we’ve already had to endure in the last few years, you might want to go to this particular comedy show, Conservation Comedy next week.

Brought to you by Sara Newton (Big Litter Ocean), it’s both a comedy show and edutainment about plastic pollution in association with Plastic Oceans LA. Not only will you very likely be with other folks that want the wildfires, hurricanes, flooding, and more to stop on such a disastrous scale, but you’ll get to enjoy the really, really great comedy stylings of Sheng Wang, Brooklyn Jones, Kristen Studard, and MK Paulsen.