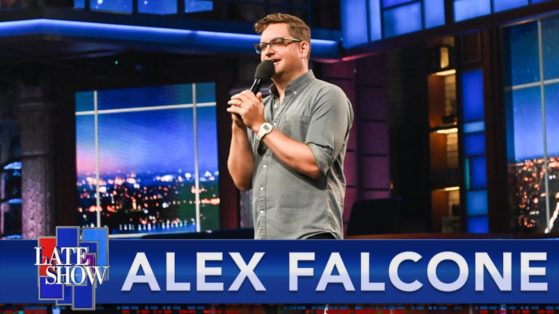 Last night’s Colbert was one for the comedians. Not only did previously featured comedian Hannah Einbinder take to doing panel for the first time, but Alex Falcone notched his very first late night stand-up set.

Falcone’s set was the sort of perfectly observed material that Alex has clearly honed into the perfect degree of tightness for a late night TV set. Also, the world ought to get a great laugh and a very important lesson from his take on “the friend zone”.

We have no doubt that Alex will probably be doing plenty more late night sets/stand-up on TV in general.

So, without further adieu, enjoy his Alex Falcone’s debut set on The Late Show with Stephen Colbert here