Femmes the Rules (in LA) 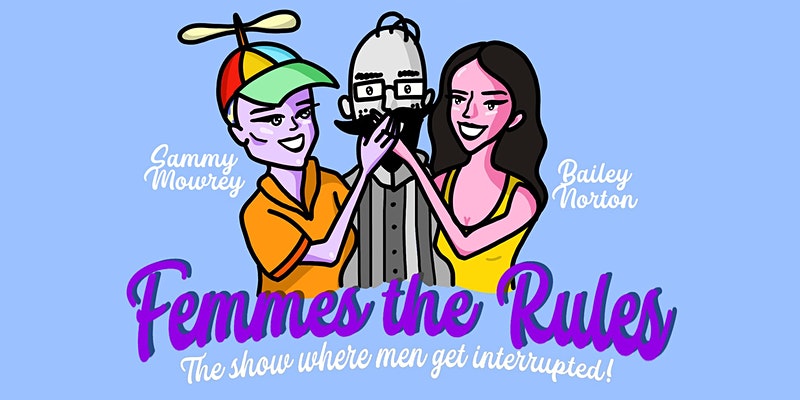 Femmes the Rules is BACK in LA! It’s been a long time coming baby, so lets party!

As “The show where men get interrupted,” Femmes the Rules pairs female/non-binary comics with a male comic of their choice, and allows them to interrupt the male comic whenever they’d like, sitting onstage and riffing with them, setting arbitrary rules, and giving strikes (3 strikes and he’s gotta get off stage!) Then when his set is over, the female/non-binary comedian does their set completely uninterrupted.

Proof of Vaccination is required for entry.