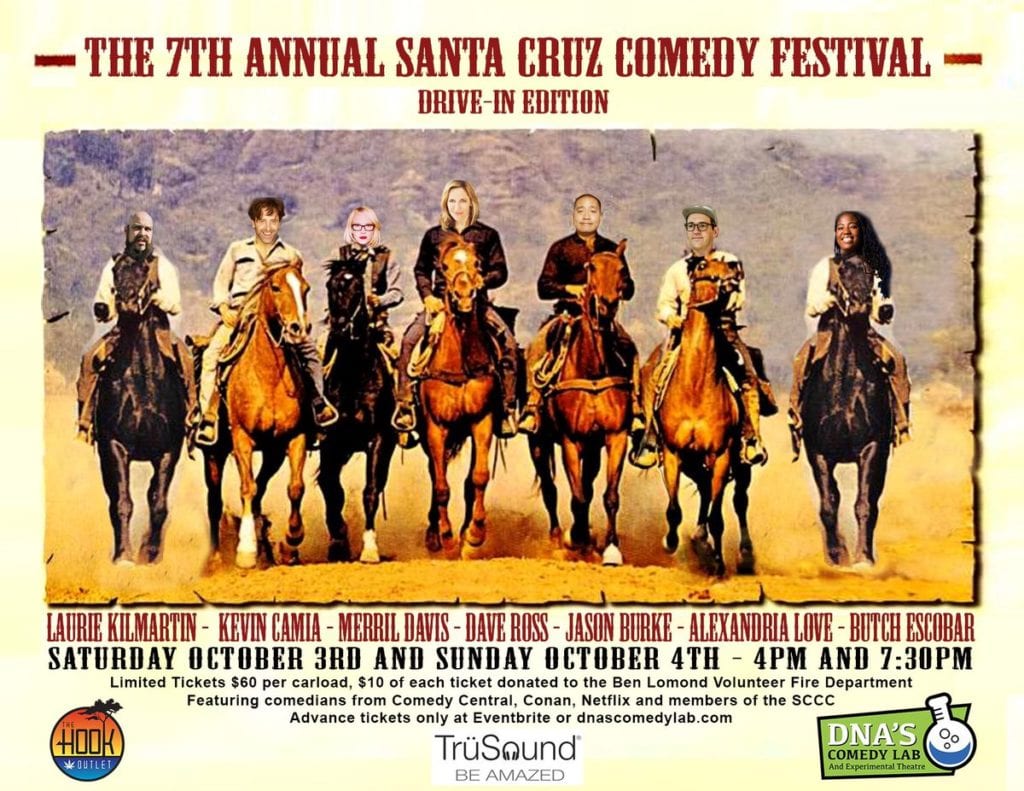 For six years, Santa Cruz has been treated to their very own comedy festival thanks to its local comedy club, DNA’s Comedy Lab.

The COVID-19 pandemic, which it feels almost necessary to reiterate that it’s still very much happening and there’s still very much not a vaccine, has kept most comedy clubs closed and made nearly all comedy festival cancel or postpone their dates or go for a virtual edition. Drive-in comedy shows have also been an option that have arisen in this time, though mainly only taken on by acts that were big enough of a draw to support a nationwide tour of big theaters.

If you’re up for venturing up to Santa Cruz, you might want to catch this drive-in comedy festival, perhaps one of the first of its kind in just a couple of weeks.

Tickets are $60 per car, $10 of which go to benefit the Ben Lomond Volunteer Fire Department. Go snag your tickets here.

Did you think we would miss a year of the Santa Cruz Comedy Festival?? HA! We’re back baby with an epic lineup and we’re doing it drive in style! Check out https://t.co/DjoPoOhnyr for details & tickets 👏 10/3-10/4 pic.twitter.com/8mWVNjaUmI