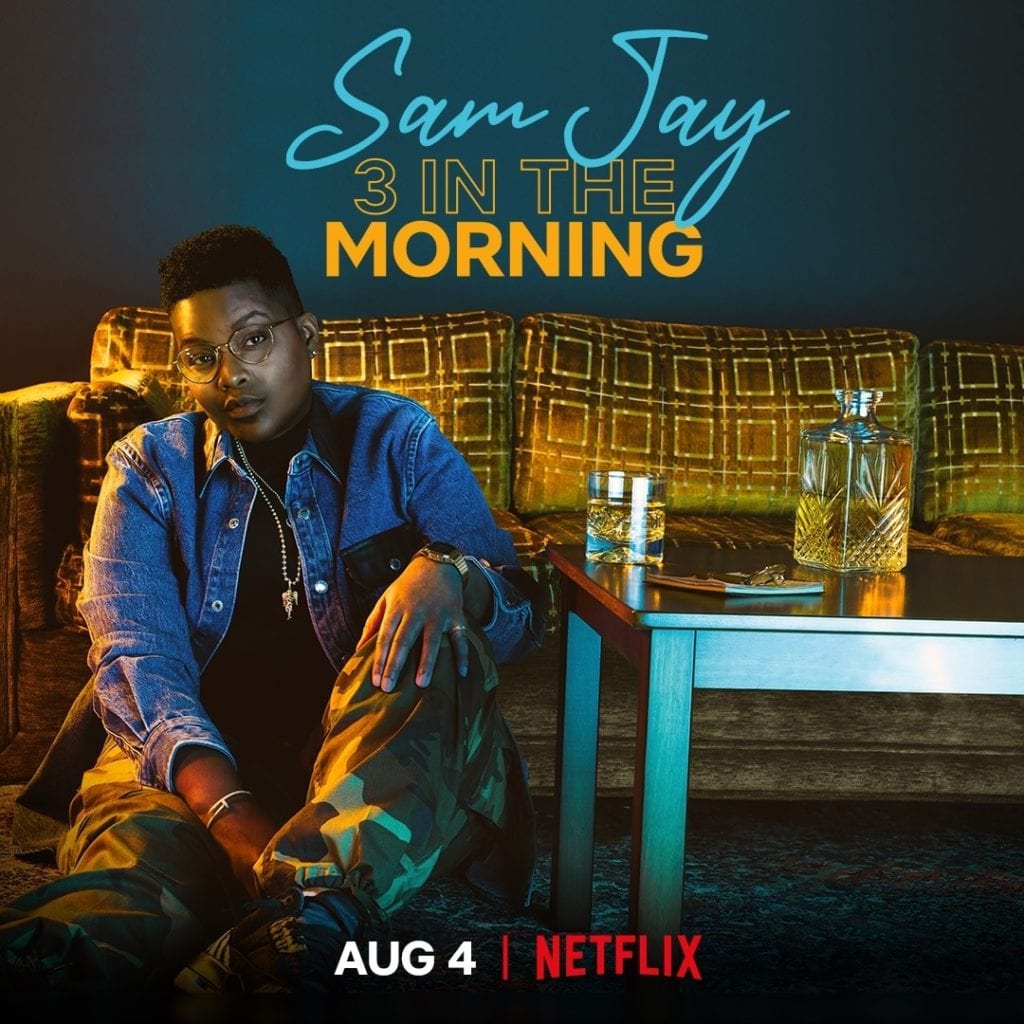 When it comes to doing your first hour special as a comedian, it’s not uncommon to do a greatest hits, perhaps, play it a little safe and wandering through well-trodden territory with material that has been tested with success over and over.

That is not what Sam Jay did with her very first hour special on Netflix, 3 In The Morning. Sam made one of the boldest, self-assured hour debuts that we can remember ever seeing. On her album Donna’s Daughter and her 15 min. special on Netflix’s Comedy Line-up, Jay showed her penchant for being an unfiltered and succinct hysterical truth teller.

There’s plenty of that from the get go in 3 in the Morning in talking about the love of her life and gender roles for lesbians. Jay takes even bigger risks, and does so confidently later on. There is plenty of tension, some of which she even calls out, when it comes to discussing trans people and airing her grievances with the #MeToo movement in the latter half of the special, but she forcefully snaps said tension with quite the punch at the end. Jay’s confidence from wire-to-wire is commanding and keeps you fixated on her and stories and bits, no matter how dark they might get. Jay’s a rare talent for how she pulls off running, not walking, on a comedy tight rope.

Sam Jay: 3 in The Morning is now streaming on Netflix and you can go stream it right now if you haven’t already.