OK, So We’re Going to Do Comedy Office Hours Weekly on Clubhouse 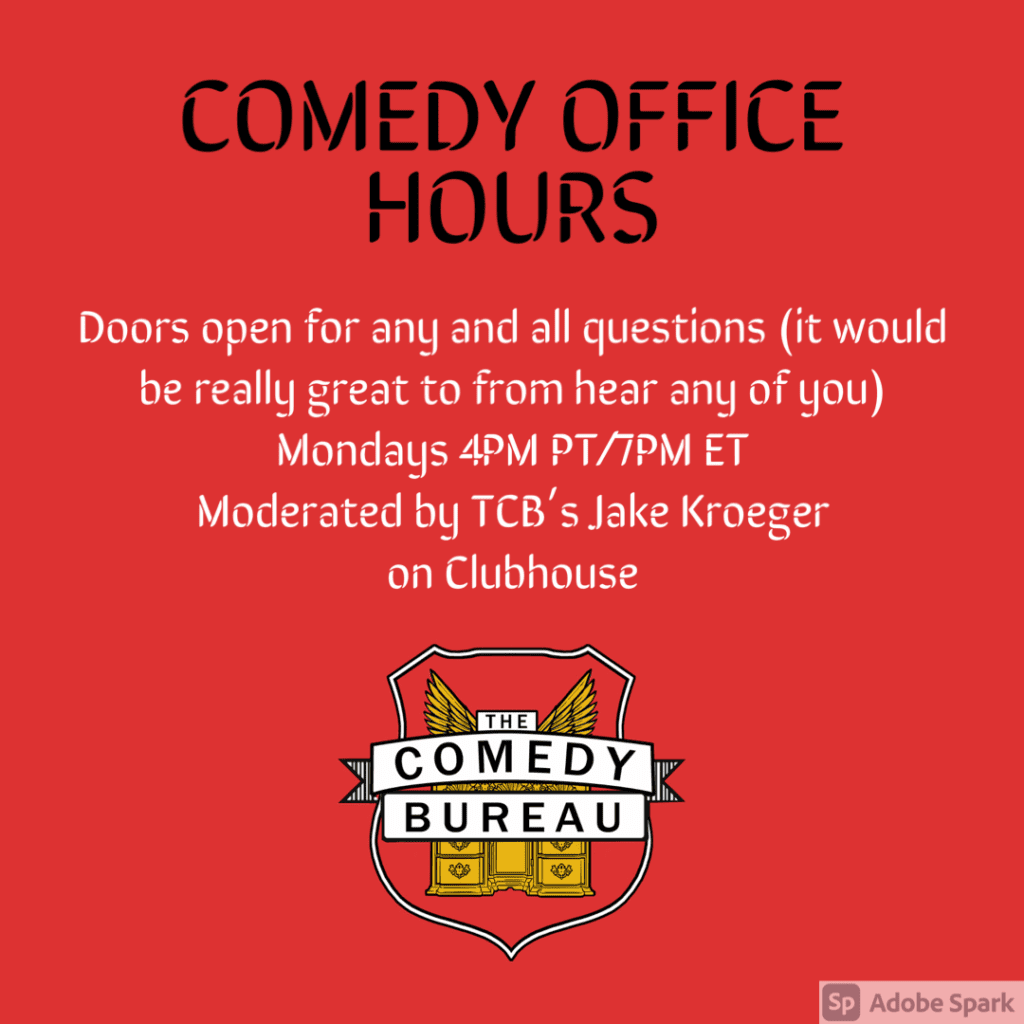 Last night, we attempted yet another open forum/discussion on comedy via the new app Clubhouse. It went so much better it did last year to the point that we’re enticed to do it on a weekly basis, especially since gathering in person safely to have these sorts of conversations is still far off in the future.

So, Mondays at 4PM PT/7PM ET, TCB’s own Jake Kroeger will be moderating the Comedy Office Hours room that will focus on how comedy of all kinds is/was/will be doing at such an unprecedented time as now. Hopefully, we’ll be able to solve all of comedy’s problems in just a couple hours?

FYI, Clubhouse is still invite only and only available through iOS. Those restrictions are beyond our control, but will definitely be open to all interested parties whenever those things open up.