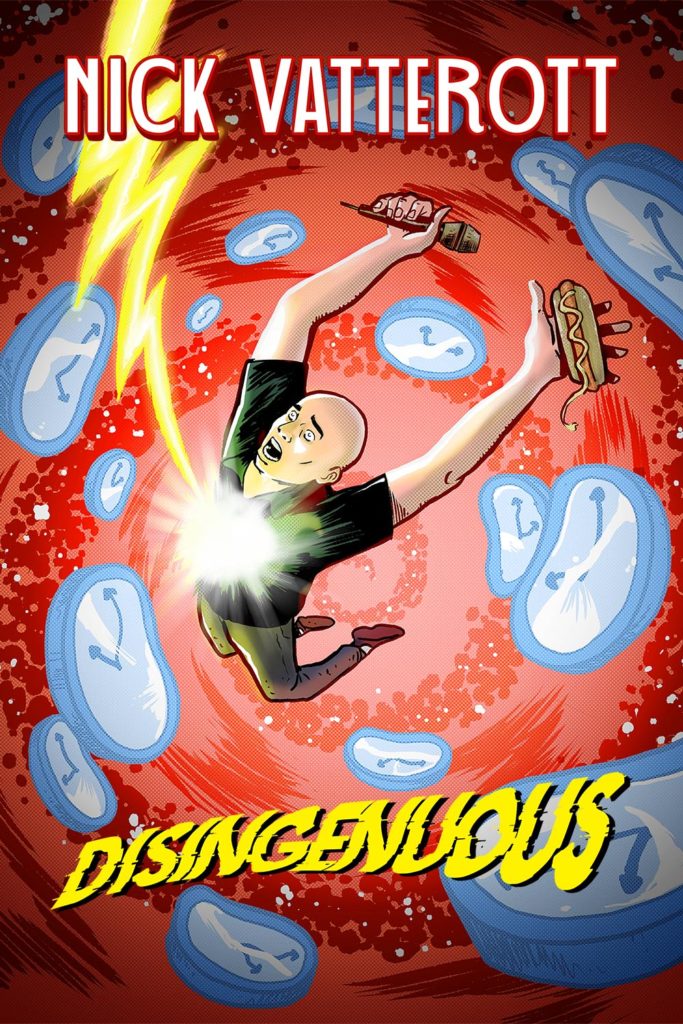 The notion that the best comedy being sourced from pure honesty is quite a popular one and has been for the last several years. It’s a notion that comes with plenty of merit as a confessional or an incredibly personal type of observational comedy being the ticket for many of the most famous and popular comedians of right now (Jim Gaffigan, Ali Wong, Kevin Hart, Marc Maron, Iliza Shelsinger to a name a few).

However, that notion can be a bit misguided as absurdist comedy, especially the kind descended from Andy Kaufman, doesn’t have very much to do with telling much of an objective truth if any truth at all and can be some of the funniest things we’ve ever seen. The comedy dare lie in the sheer absurdity of the presentation and execution and one Nick Vatterott does so exquisitely with his new hour special that’s aptly named Disingenuous.

Vatterott is mastered at his commitment to bits and taking the tiniest irksome details and blowing them out of proportion to the nth degree. He is part of what seems like a handful of stand-up comedians that come from a more sublimely ridiculous side of things (Brent Weinbach, Sam Simmons, Anna Seregina/Kyle Mizono if you need some more). See it for yourself when Nick checks his set list on Late Night with Jimmy Fallon.

On Disingenuous, Vatterott bends and re-shapes the traditional form of a stand-up comedy special not only with cutting in between sets in different venues in different cities, but having a farcical B-story-esque narrative running throughout the hour. The silliness abounds with abandon here, but trust that Nick’s method to his madness is precisely measured and carefully sharpened. It’s just the start of 2022 (and this special came out at the very end of 2021), but it might be one of the most original hour specials of either year.

Disingenuous is now streaming on VOD or on audio platforms almost anywhere. Please get into it and enjoy here.