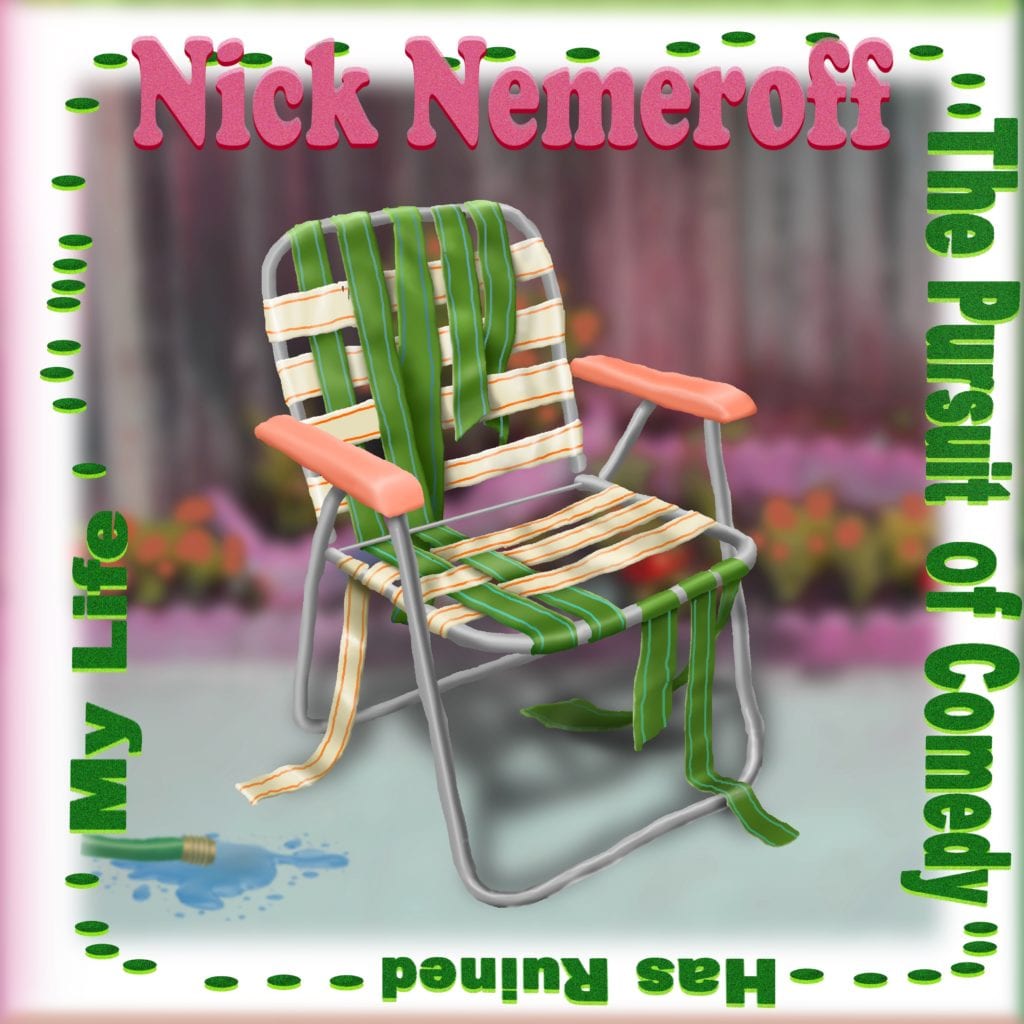 In an age of comedy where the “truth” and being honest and vulnerable has seemed to take precedent, the artisans of purely, unapologetically silly jokes have become increasingly rare. Those that have any knack for the meticulous nature of that comedic style are even rarer, which is why you should really savor the jokes of one Nick Nemeroff.

Nemeroff’s delivery is as drawn out and dry as we have seen in quite some time, especially on his new album, The Pursuit of Comedy Has Ruined My Life. There is such a slow burn to the build-up of his jokes, there’s plentiful giggling to be had the longer he draws out the joke before getting to the punchline. The noticeable pauses and the deliberate pacing really ratchet up the tension and Nemeroff is a deft writing talent and finding the perfectly ridiculous twist, turn, and punchline to release said tension.

Also, Nemeroff does, from time to time, revel in being self-aware of how beautifully absurd his material is and how he delivers it in such a reserved tone of voice. These momentary breaks in character really sweeten the game that Nemeroff is playing with the crowd during his set and consequently adds another entire layer of fun to be had.

Nick Nemeroff’s The Pursuit of Comedy Has Ruined My Life will be available to buy/listen to on Tues. Apr. 27th, but you can pre-order on Apple Music now.

Here’s a bit of what Nemeroff has up his sleeve in the meantime and you’ll see what we’ve been saying.