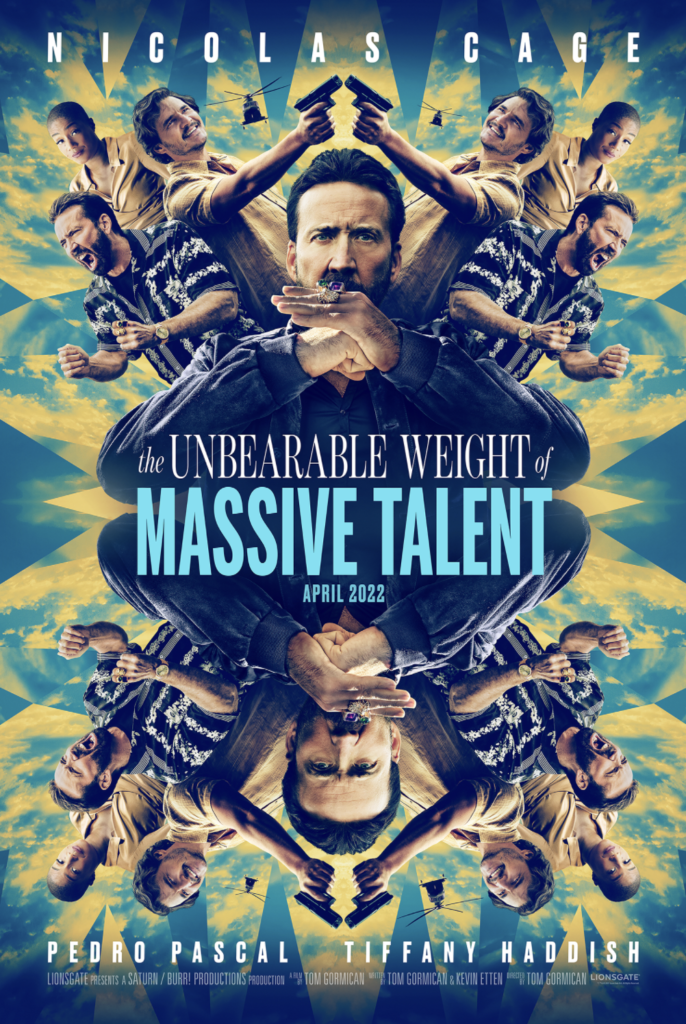 For the last couple of decades, Nicholas Cage has built a mythos out of his outlandish performances in movies that range from awards contenders to straight-to-DVD. The movie Mandy was almost designed exclusively to have Cage to cut looser than he has ever before (and somewhat eschewed story to help achieve that goal).

So, perhaps, taking a cue from Jean Claude Van Damme and his meta-character study, JCVD, The Unbearable Weight of Massive Talent follows Cage being Nick Cage in taking on ludicrous gigs to pay off his ever burgeoning pile of debts, many as far out as he is (i.e. private island, dinosaur skull, etc.) and then having to be the real life version of his insane characters to pull a “real” covert operation. The lines between all the various shades of Nicholas Cage is fascinating here, especially with Nick consciously playing a supposedly farcical version of himself in this most Nick Cage of Cage vehicles from Tom Gormican and Kevin Etten.

We can only ponder what the hell promo for this is going to be like.

Dive into the Nicholas Cage themed rabbit hole of The Unbearable Weight of Massive Talent with the red band trailer here.