Yes, There Are Comedy NFT Albums and Events Now 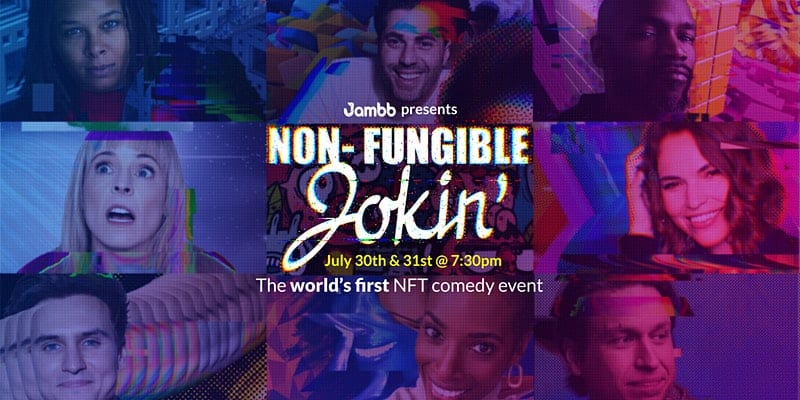 The three letters of N, F, and T have specifically bombarded the collective consciousness as the latest craze within the world of cryptocurrency. NFTs, standing for Non Fungible Token, as best as we understand it, is a digital certificate of authenticity for a specific item, often digital in nature, that also seems to operate as a publicly traded stock, fluctuating in value based on any given number of factors. All kinds of art have been sold as NFTs over the last several months as their popularity has skyrocketed, often resulting in multi-million dollar sales.

NFTs have found their way into comedy as well, even beyond just being ridiculed or joked about or done as a bit as famed Monty Python member John Cleese has done. Legitimate comedy releases/exclusive events are being put up as NFTs including Comedy Records, a decade old Canadian comedy record label, releasing an special, limited edition record collection to mark 10 years and Dynasty Typewriter announcing the taping of the world’s first ever NFT comedy event.

Comedy Records Presents 10 Year will be a virtually exclusive compilation album that celebrates their 10 year anniversary and will offer very special parts of their catalog that was previously only released on vinyl. That’ll include tracks from K Trevor Wilson, Arthur Simeon, Clare Belford, Monty Scott, Nick Reynoldson, Jay & Eytan, Todd Graham, Mark DeBonis, Efthimios Nasiopoulos, Pat Burtscher, Dena Jackson, Garrett Jamieson and Sprattacus.  You’ll be able to get in on it starting this Thurs. Jul. 15th at 9AM PT/12PM ET via Fanaply.

Dynasty Typewriter continues to look towards possible futures, as one of LA’s more forward thinking venues, in live comedy by hosting two nights of what they’re calling Non Fungible Jokin’. Taking place at the end of this month on Jul. 30th and Jul. 31st, the likes of Moses Storm, Pete Holmes, Chauntè Wayans, Beth Stelling, Zainab Johnson, Adam Ray, Ian Edwards, and Brooks Wheelan as well as a very special chat between Maria Bamford and the incredible Beth Stelling will be part of, as mentioned above, the world’s first NFT comedy event. There are no specifics at this time as to where the NFT part of this will fit in (we’re guessing exclusive access to these tapings?), but, for now, you can just show up in person to be part of these tapings without having to dabble in crypto (get tickets here and here respectively).

This very much feels like just the beginning of what be attempted with NFTs in the comedy space and as to what might come of it (maybe NFT podcast episodes, NFT virtual merch, individual jokes as NFTs?) has yet to be seen. Also, we wonder, as we imagine both Comedy Records and Dynasty Typewriter are wondering too, what sort of hardcore comedy comedy fans even are invested in the crypto world?