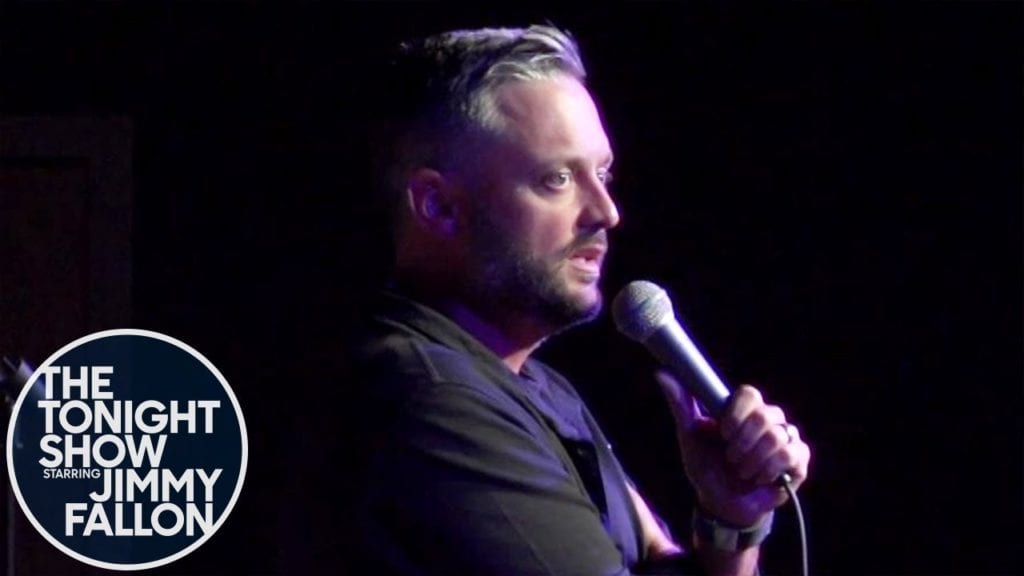 Since lockdown started, late night talk shows have been holding on any which they could to keep going, though they have had to experiment with every facet of their format to do so. Not being able to have guests in studio with them or even being in studio has hindered a lot of what late night used to be, especially when it comes to featuring stand-up comedy.

Stand-up comedy, as it was traditionally done, especially on late night is one of the last things that will get to return to “normal” if that even is in the cards post-pandemic. Still, that doesn’t mean it won’t ever happen again or that it can’t be reimagined or done differently to keep the art form, and its performers that are bound to it, going.

Just this past week, the delightful Nate Bargatze got to perform stand-up on The Tonight Show, the first set in all of late night since March before everything shut down. Bargatze was in another venue altogether and not even anywhere near NYC, back in studio where Fallon was broadcasting from. Bargatze was in Huntsville, Alabama at Stand-Up Live with a limited capacity, socially distanced audience.

Not much is seen of the crowd in the set, but this does seem a far cry from that unfortunate set by D.L. Hughley at Zanies Nashville where he fainted on set. This set up isn’t too dissimilar from how Jimmy Kimmel Live was featuring stand-up by taping sets in Vegas at Kimmel’s comedy club before COVID-19 (maybe he’ll do that again?)

Nate doesn’t miss a step with his signature cool, calm, collected observations about the minutia of life right now, which is more impressive with a deadly virus still holding its grasp firmly on the world’s population. As far as a first late night stand-up set during this pandemic to set a tone, a benchmark, it’s pretty damn good. It underscores the importance of comedy in processing tragedy and horror in not only giving catharsis to folks on collectively shared tension, but connecting us on such common ground at a time that we’ve all been as divided and isolated as we’ve ever been.