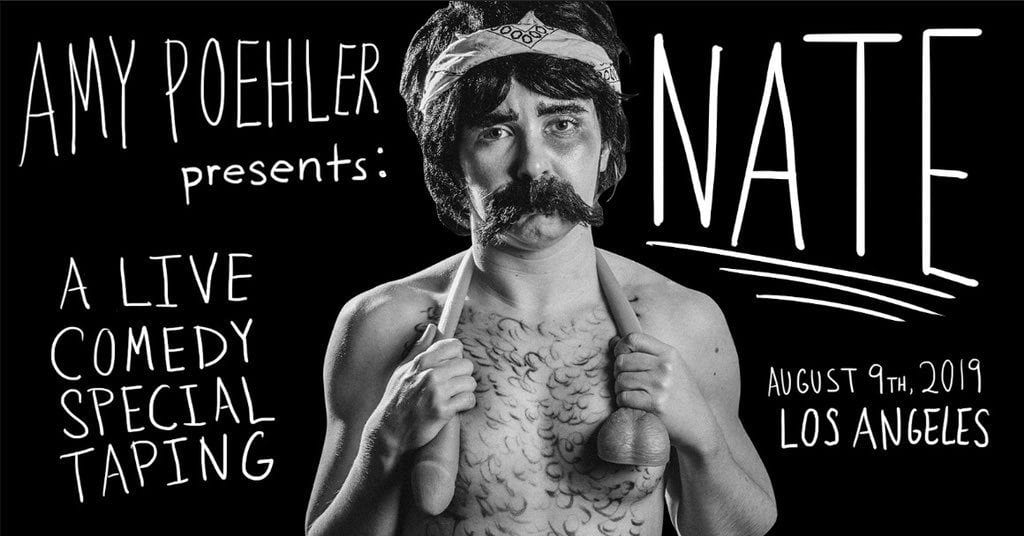 Natalie Palamides has really pushed herself to new thrilling and hysterical territory with her solo show, NATE. Audiences and critics around the world (including some of the most prestigious comedy and performance festivals) agree in being awestruck with Natalie’s work here where she satirizes masculinity in such a daring way.

Also, one Amy Poehler feels similarly and, as such, will be presenting NATE to the world as a live comedy special that will tape next month, Fri. Aug. 9th, at the Los Angeles Theatre Center in DTLA. There will be two tapings, 7PM and 9:30PM, and you can (and very, very much should) RSVP for FREE tickets here.