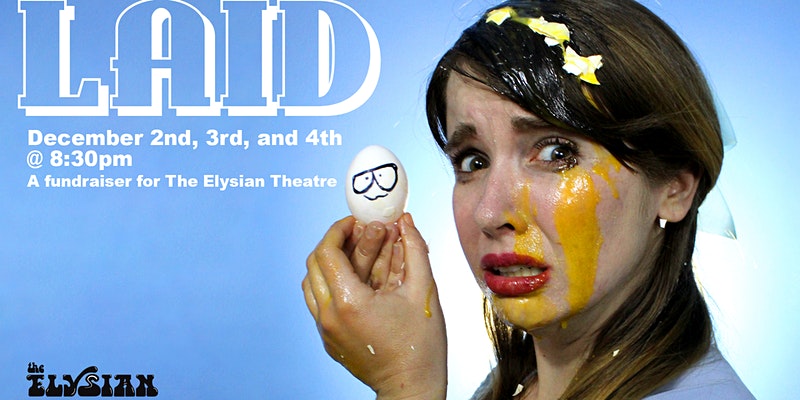 LAID was the very first solo show we saw from Natalie Palamides and it’s no overstatement to say that it changed us forever. The show is literally and figuratively so transformative, both for the audience and Natalie herself, that the memories of Palamides’ reimagining of the life cycle as a solo comedy show is beautifully seared into our brains forever. In fact, it might be just a little more out there than Nate?

Also, it’s an internationally renowned show that garnered Natalie so many awards.

We’d go into more detail, but, in case you haven’t seen it, we very much don’t want to spoil it for you.

We’ll, instead, just say that Palamides is doing an exclusive limited run of performances of LAID as a fundraiser for the Elysian Theater from Thurs.-Sat. on Dec. 2nd-4th at 8:30PM. After the thousands of shows that we’ve seen, it’s still one of the very best we’ve seen and you should not miss your chance to see it live once more.

Tickets are $25 and you better go snag them before they sell out.