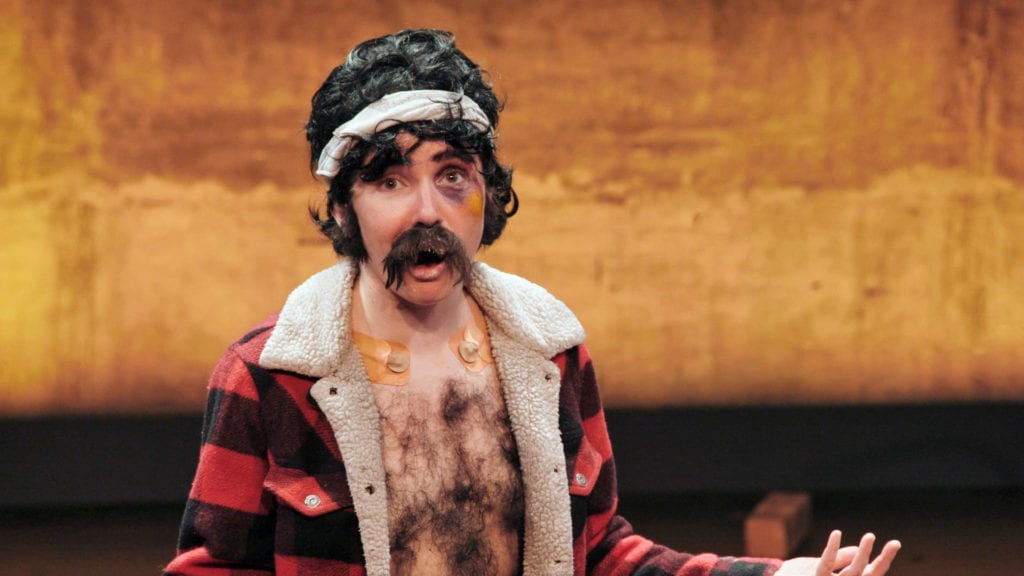 One of the most groundbreaking, revolutionary shows we’ve ever seen (and we do not throw around such a claim lightly or frequently at all) was Natalie Palamides’ Nate. Her critical acclaimed, award winning solo show had Natalie taking on the role of a toxic masculine guy, Nate, reckoning with his toxic masculinity.

As always with the case with Palamides, it’s a wild journey that really goes deep, pushes boundaries, and is a rare comedy solo show that can genuinely be described as breathtaking (and it was that way for the several times we saw Nate while it was being developed).

Thankfully, Amy Poehler took a liking to Natalie and Nate and brought it to Netflix to be made into special for the world to see and we have no doubt that it will be a lightning rod of a comedy special. We truly cannot wait for it.

You can just a tiny, but very enticing taste of what’s to come with Nate in this teaser here, then look forward it to stream on Netflix on Tues. Dec. 1st.