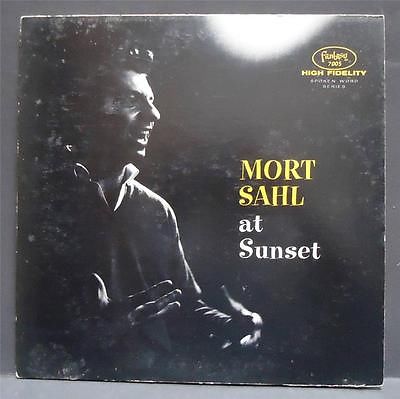 When going through the history of stand-up comedy these days, you will probably hear the name Mort Sahl brought up, probably in passing. Pryor and Carlin seem to dominate the conversation when traveling back through the decades in comedy (and you’ll probably have some discourse about Lenny Bruce as well).

That said, Sahl is very much a crucial, important figure in stand-up comedy for a cornucopia of reasons, the main one being that Mort Sahl at Sunset, released in 1955, is considered to be the first legitimate comedy album. Previous to that when the idea and concept of stand-up comedy was still being formed without comedy clubs or shows exclusively dedicated to just live comedy, the idea of having a whole piece of your work as a comedian caught on a record is a big milestone and set the precedent for hundreds, if not thousands of comedians following Sahl.

His style has also been credited as a shift in the art form with being more conversational than his contemporaries and definitely much more outwardly critical of the times than other comedians that came up with him. You might see that he has been described as a ‘contrarian’ or ‘acerbic’ in headlines reporting his passing, but it should be definitely noted that his less performative, conservational style of stand-up is the basis of so much of what you see today (as well as those other aforementioned legends, Carlin, Pryor, and Bruce).

When it came to a culture clash in the sixties, Sahl also helped break down barriers by openly speaking out against the Vietnam War, which catered to a whole new audience for him. Again, Sahl is mentioned routinely when it comes the formation of stand-up as an art form, but his significance should never be underscored.

Thus, take a deep dive into his work, whether it be via YouTube, Spotify, etc., when you get a chance.